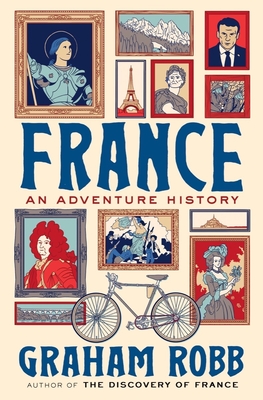 A wholly original history of France, filled with a lifetime’s knowledge and passion — by the author of the New York Times bestseller Parisians.

Beginning with the Roman army’s first recorded encounter with the Gauls and ending in the era of Emmanuel Macron, France takes readers on an endlessly entertaining journey through French history. Frequently hilarious, always surprising, Graham Robb’s France combines the stylistic versatility of a novelist with the deep understanding of a scholar.

Robb’s own adventures and discoveries while living, working, and traveling in France connect this tour through space and time with on-the-ground experience. There are scenes of wars and revolutions from the plains of Provence to the slums and boulevards of Paris. Robb conveys with wit and precision what it felt like to look over the shoulder of a young Louis XIV as he planned the vast garden of Versailles, and the dangerous thrill of having a ringside seat at the French revolution. Some of the protagonists may be familiar, but appear here in a very different light — Caesar, Charlemagne, Louis XIV, Napoleon Bonaparte, General Charles de Gaulle.

This extraordinary narrative is the fruit of decades of research and thirty thousand miles on a self-propelled, two-wheeled time machine (a bicycle). Even seasoned Francophiles will wonder if they really know that terra incognita on the edge of Europe that is currently referred to as “France."

Graham Robb is the author of three prize-winning biographies, each selected as New York Times Best Books. His books, including The Discovery of Middle Earth, Parisians, and The Discovery of France, have earned several awards. He lives on the Anglo-Scottish border. 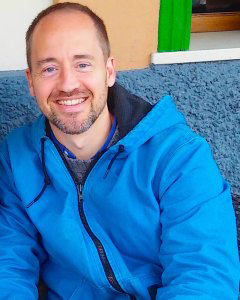 Matthew Félix is an author, podcast producer and host, and traveler. Adventure, humor, and spirituality infuse his work, which often draws on his time living in Spain, France, and Turkey, as well as travels in over fifty countries. Matthew’s debut novel, A Voice Beyond Reason, is the story of how a young Spaniard’s awakening to his intuition gets him out of his head, so he can follow his heart. Matthew’s travel-story collection, With Open Arms, recounts his humorous and harrowing experiences on two trips to Morocco. His travel collection Porcelain Travels is about unorthodox bathing practices in Paris. His video podcast, Matthew Félix On Air, features guests discussing writing, travel, culture, and more. Matthew has also produced three podcasts based on his books.

Porcelain Travels: Humor, Horror and Revelation in, on and around Toilets, Tubs and Showers (Paperback)