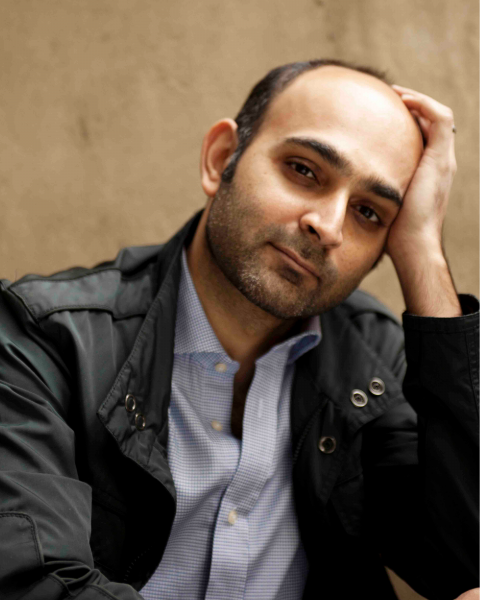 BUY THE BOOK AND RECEIVE YOUR EMIAL TICKET SUBSCRIBE TO OUR E-NEWSLETTER SUPPORT OUR EVENTS PROGRAM
This event will be hosted live online — a recording of this event will be made available for all ticket holders.
Please contact webmaster@bookpassage.com with questions regarding online events.

From the New York Times-bestselling author of Exit West, a story of love, loss, and rediscovery in a time of unsettling change.

One morning, a man wakes up to find himself transformed. Overnight, Anders’s skin has turned dark, and the reflection in the mirror seems a stranger to him. At first he shares his secret only with Oona, an old friend turned new lover. Soon, reports of similar events begin to surface. Across the land, people are awakening in new incarnations, uncertain how their neighbors, friends, and family will greet them. Some see the transformations as the long-dreaded overturning of the established order that must be resisted to a bitter end. In many, like Anders’s father and Oona’s mother, a sense of profound loss and unease wars with profound love. As the bond between Anders and Oona deepens, change takes on a different shading: a chance at a kind of rebirth — an opportunity to see ourselves, face to face, anew.

In Mohsin Hamid’s “lyrical and urgent” prose (O Magazine), The Last White Man powerfully uplifts our capacity for empathy and the transcendence over bigotry, fear, and anger it can achieve.

Mohsin Hamid is the author of five novels, including the Booker Prize finalists and New York Times bestsellers Exit West and The Reluctant Fundamentalist. His essays, some collected as Discontent and Its Civilizations, have appeared in The New York Times, The Washington Post, and elsewhere. He divides his time between Lahore, New York, and London.