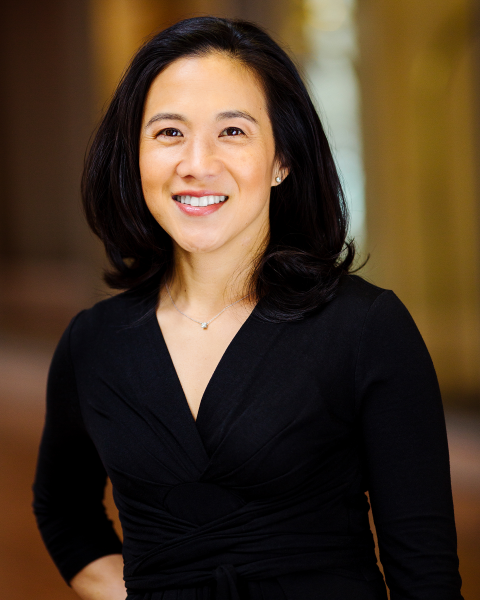 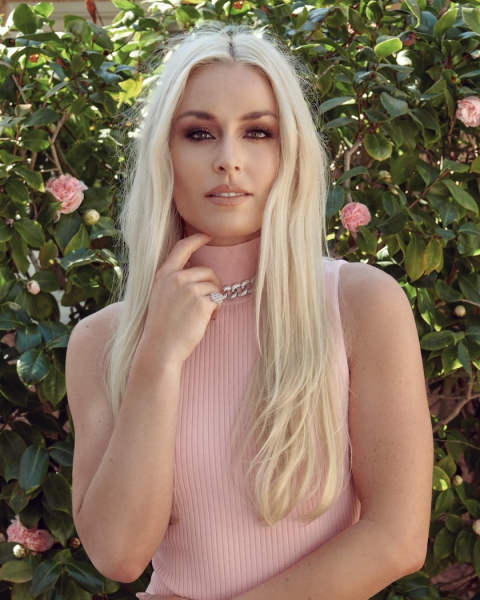 Please Note: This event is at 4:30pm PT, not 4pm as previously stated.

Every purchase of Rise includes an emailed access code for the event. 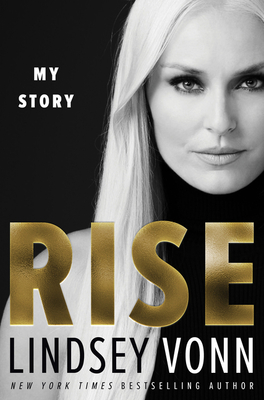 The first ever memoir from the most decorated female skier of all time, revealing never-before-told stories of her life in the fast lane, her struggle with depression, and the bold decisions that helped her break down barriers on and off the slopes.

A fixture in the American sports landscape for almost twenty years, Lindsey Vonn is a legend. With a career that spanned a transformation in how America recognizes and celebrates female athletes, Vonn—who retired in 2019 as the most decorated American skier of all time—was in the vanguard of that change, helping blaze a trail for other world-class female athletes and reimagining what it meant to pursue speed at all costs.

In Rise, Vonn shares her incredible journey for the first time, going behind the scenes of a badass life built around resilience and risk-taking. One of the most aggressive skiers ever, Vonn offers a fascinating glimpse into the relentless pursuit of her limits, a pursuit so focused on one-upping herself that she pushed her body past its breaking point as she achieved greatness. While this iconic grit and perseverance helped her battle a catalog of injuries, these injuries came with a cost—physical, of course, but also mental. Vonn opens up about her decades-long depression and struggles with self-confidence, discussing candidly how her mental health challenges influenced her career without defining her.

Through it all, she dissects the moments that sidelined her and how, each time, she clawed her way back using an iconoclastic approach rooted in hard work—pushing boundaries, challenging expectations, and speaking her mind, even when it got her into trouble. At once empowering and raw, Rise is an inspirational look at her hard-fought success as well as an honest appraisal of the sacrifices she made along the way—an emotional journey of winning that understands all too well that every victory comes with a price.

Lindsey Vonn is a three-time Olympic medal-winning alpine ski racer for the U.S. Ski Team. The best female skier of all time, she holds seven World Championship medals, twenty World Cup titles, and is one of only seven women to have won World Cup races in all five disciplines of alpine skiing. Lindsey was also a Today Show correspondent during the 2014 Winter Olympics and is the founder of the Lindsey Vonn Foundation, which works to empower young girls. Now retired, she lives in Utah.

Angela Duckworth is the founder and CEO of Character Lab, a nonprofit whose mission is to advance scientific insights that help children thrive. She is also the Rosa Lee and Egbert Chang Professor at the University of Pennsylvania, faculty co-director of the Penn-Wharton Behavior Change for Good Initiative, and faculty co-director of Wharton People Analytics. A 2013 MacArthur Fellow, Angela has advised the World Bank, NBA and NFL teams, and Fortune 500 CEOs. Prior to her career in research, Angela founded a summer school for underserved children that was profiled as a Harvard Kennedy School case study and, in 2018, celebrated its 25th anniversary. She has also been a McKinsey management consultant and a math and science teacher at public schools in New York City, San Francisco, and Philadelphia. Angela completed her undergraduate degree in Advanced Studies Neurobiology at Harvard, graduating magna cum laude. With the support of a Marshall Scholarship, she completed an MSc with Distinction in Neuroscience from Oxford University. She completed her PhD in Psychology as a National Science Foundation Graduate Fellow at the University of Pennsylvania. Angela’s TED talk is among the most-viewed of all time. Her book Grit: The Power of Passion and Perseverance is a #1 New York Times best seller. Angela is also co-host, with Stephen Dubner, of the podcast No Stupid Questions.

Grit: The Power of Passion and Perseverance (Paperback)