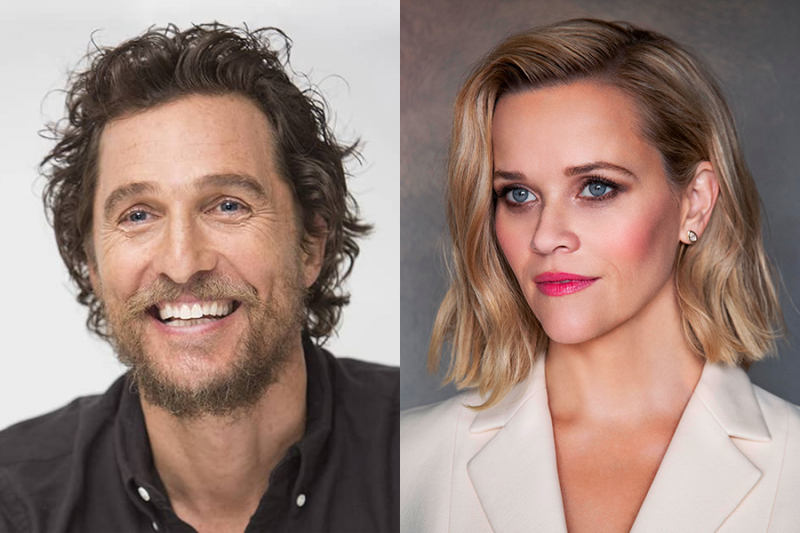 Purchase a ticket for this event and receive a complimentary copy of Greenlights, delivered right to your door!

“This is not a traditional memoir, or an advice book, but rather a playbook based on adventures in my life. Adventures that have been significant, enlightening, and funny, sometimes because they were meant to be but mostly because they didn’t try to be.”

Matthew McConaughey has kept a diary for thirty-five of his fifty years, and recently worked up the courage to take those writings into solitary confinement and read through them. He found not only stories, questions, truths, and affirmations, but also a reliable theme. Greenlights is an album and a record of what he has seen and learned along the way—“my sights and seens, felts and figured outs, cools and shamefuls.”

In Greenlights, readers will learn about many of the adventures and formative moments in McConaughey’s life, and the sense of meaning he’s found through his philosophy of the same name. From growing up as an adventurous kid in a tough-love Texas home of rule breakers, to revelatory journeys to Australia, Peru, and Mali, to his early days in Hollywood and meteoric rise to fame, McConaughey shares how his life experiences have instilled in him the importance of competent values, the power of new experiences, and, as he puts it, “either changing your reality or changing how you see it.”

Written with candor, humor, and profound insight and humility, the uniquely McConaughey Greenlights is an unconventional portrait of an unconventional artist and a wise road map to navigating a life of more greenlights—one that recognizes that the red and yellow lights eventually turn green, too.

Academy Award–winning actor Matthew McConaughey is a married man, a father of three children, and a loyal son and brother. He considers himself a storyteller by occupation, believes it’s okay to have a beer on the way to the temple, feels better with a day’s sweat on him, and is an aspiring orchestral conductor.

In 2009, Matthew and his wife, Camila, founded the just keep livin Foundation, which helps at-risk high school students make healthier mind, body, and spirit choices. In 2019, McConaughey became a professor of practice at the University of Texas at Austin, as well as Minister of Culture/M.O.C. for the University of Texas and the City of Austin. McConaughey is also brand ambassador for Lincoln Motor Company, an owner of the Major League Soccer club Austin FC, and co-creator of his favorite bourbon on the planet, Wild Turkey Longbranch.