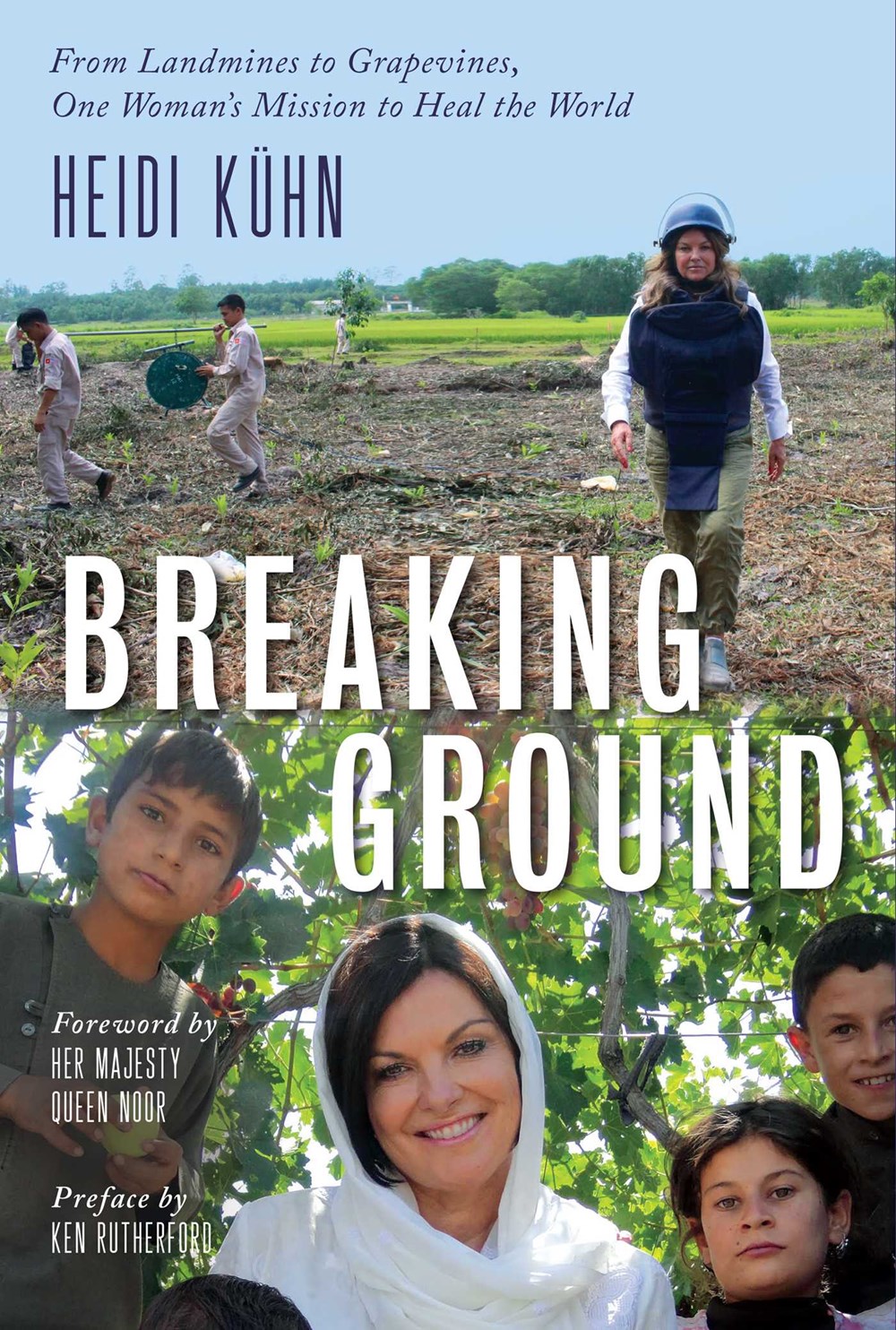 Presented with Dominican University of California's Institute for Leadership Studies

Purchase a ticket for this event and receive a complimentary copy of Breaking Ground, delivered right to your door!

Both a memoir and a call to action, this book is a gripping account of the author’s quest to eradicate landmines from the face of the earth.

Heidi Kühn's commitment to fostering peace and raising awareness has been a driving force in her life—from her early days as a student at the University of California, Berkeley, to her time as a reporter in Juneau, Alaska, covering the Exxon Valdez oil spill and US-Russia relations. After overcoming a potentially terminal cancer diagnosis that threatened everything she held dear, Heidi became determined to rid the world of another form of cancer that has plagued the world for decades—landmines—in regions as far-flung as Croatia, Vietnam, and Afghanistan.

Inspired by the work of the late Princess Diana, Heidi began the humanitarian organization Roots of Peace from the basement off her Northern California home. She gained the support of famed Napa Valley vintners Robert Mondavi and Mike Grgich, and soon her mines-to-vines mission began to take hold.

In this powerful memoir, Heidi tells the Roots of Peace story, guiding the reader from the early days in which she built her vision to her current presence on the global stage, where she has worked with presidents, prime ministers, landmine survivors, and religious leaders from around the world to spread a message of peace and recovery. In the years since the founding of Roots of Peace, its agricultural projects have made tremendous progress to fight against landmines, revitalizing devastated land and uplifting the lives of countless people in the process.

Through recalling her journey, Heidi reveals the remarkable change an ordinary person can inspire. Her story is one of faith, healing, and the compassion needed to grow a more peaceful world. Breaking Ground will encourage you to do the extraordinary and help plant the seeds of change for a brighter future.

Heidi Kühn is the founder and CEO of Roots of Peace, which has impacted over 1.1 million farmers and family members, spanning seven countries. Thanks to Roots of Peace, over one hundred thousand landmines and unexploded ordnances have been removed since 2001. Her numerous awards include the 2002 Alumni of the Year Award for Excellence in Achievement from UC Berkeley, the 2005 World Association of Non-Governmental Organizations Peace & Security Award, the 2006 Skoll Award for Social Entrepreneurship, the 2007 Jacqueline Kennedy Onassis Award for Outstanding Public Service Benefitting Local Communities, and the 2019 Mahatma Gandhi Seva Medal. Heidi is a graduate of the University of California, Berkeley, and a former CNN reporter and producer. She lives in San Rafael, California, with her husband, Gary, with whom she has four children—Brooks, Tucker, Kyleigh, and Christian.