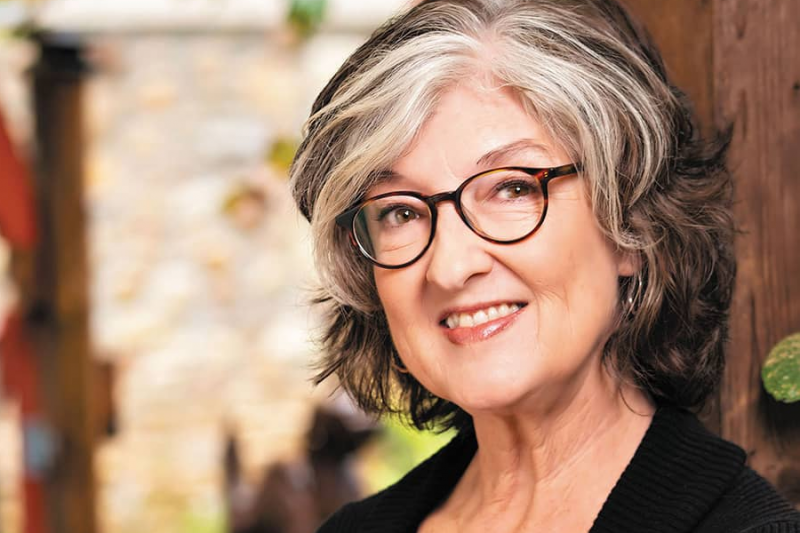 in conversation with Jane Hirshfield

Purchase a ticket for this event and receive a complimentary copy of How to Fly, delivered right to your door!

A note from Barbara Kingsolver:

I had the best time last night, talking about life and poetics with the magnificent Jane Hirshfield. To remind readers of the three beloved poems I mentioned having in a folder marked, “To be read at Barbara’s memorial service,” they are: “The Peace of Wild Things,” from The Selected Poems of Wendell Berry; “Prayer,” by George Ella Lyon, in She Let Herself Go; and “My Life Was the Size of My Life,” from Jane Hirshfield’s The Beauty. I’m taking plenty of comfort from these and other poems while I’m still alive, believe you me. I also highly recommend Wendell Berry’s This Day: Collected and New Sabbath Poems, and Why I Wake Early or any other book by Mary Oliver.

In her second poetry collection, How to Fly, Barbara Kingsolver offers reflections on the practical, the spiritual, and the wild. She begins with “how to” poems addressing everyday matters such as being hopeful, married, divorced; shearing a sheep; praying to unreliable gods; doing nothing at all; and of course, flying. Next come rafts of poems about making peace (or not) with the complicated bonds of friendship and family, and making peace (or not) with death, in the many ways it finds us. Some poems reflect on the redemptive powers of art and poetry itself; others consider where everything begins.

Closing the book are poems that celebrate natural wonders—birdsong and ghost-flowers, ruthless ants, clever shellfish, coral reefs, deadly deserts, and thousand-year-old beech trees—all speaking to the daring project of belonging to an untamed world beyond ourselves.

Altogether, these are poems about transcendence: finding breath and lightness in life and the everyday acts of living. It’s all terribly easy and, as the title suggests, not entirely possible. Or at least, it is never quite finished.

Barbara Kingsolver is the author of nine bestselling works of fiction, including the novels, Flight Behavior, The Lacuna, The Poisonwood Bible, Animal Dreams, and The Bean Trees, as well as books of poetry, essays, and creative nonfiction. Her work of narrative nonfiction is the enormously influential bestseller Animal, Vegetable, Miracle: A Year of Food Life. Kingsolver’s work has been translated into more than twenty languages and has earned literary awards and a devoted readership at home and abroad. She was awarded the National Humanities Medal, our country’s highest honor for service through the arts, as well as the prestigious Dayton Literary Peace Prize for her body of work. She lives with her family on a farm in southern Appalachia.

Jane Hirshfield, one of our most celebrated contemporary poets. is the author of nine collections of poetry, including the newly released Ledger; The Beauty, long-listed for the National Book Award and a San Francisco Chronicle Best Book of 2015; Come, Thief; After, named a Best Book of 2006 by The Washington Post, The San Francisco Chronicle, and the Financial Times, and a finalist for England’s prestigious T.S. Eliot Prize; Given Sugar, Given Salt, a finalist for the 2001 National Book Critics Circle Award, and winner of the Bay Area Book Reviewers Award; The Lives of the Heart; The October Palace; Of Gravity & Angels, winner of the Poetry Center Book Award; and Alaya.

She Let Herself Go: Poems (Paperback)

How to Fly (In Ten Thousand Easy Lessons): Poetry (Hardcover)