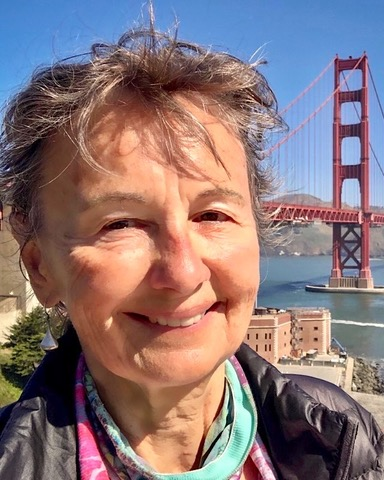 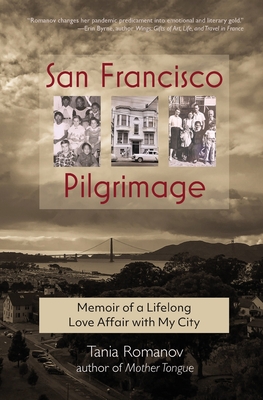 Like her parents and their parents before them, Tania Romanov Amochaev was an exile, her childhood in a refugee camp ending only when her family eventually made their way to San Francisco’s Russian community. Nearly seventy years later Tania and her city have endured massive change. Tania has gone from penniless refugee to one of the first women to lead a high-tech company to acclaimed author and world traveler.

When COVID strikes and her life grinds to a halt, Tania Romanov sets off on an unlikely pilgrimage. A pilgrimage into a past in which her own identity and that of her city’s are inextricably intertwined. A pilgrimage leading to a profound and personal exploration of place, identity, and race; of the nature of change and the meaning of travel.

Inspired by Phil Cousineau’s classic The Art of Pilgrimage and in the tradition of Gary Kamiya’s Cool Gray City of Love, Tania sets out on a pilgrimage in her own city. Past and present meld as she seeks not only a deeper understanding of both, but to find her way into a future she struggles to envision.

Tania Romanov Amochaev is the author of two memoirs, Mother Tongue: A Saga of Three Generations of Balkan Women and One Hundred Years of Exile, as well as a travel collection, Never a Stranger. A Solas Award winner, her work has been featured in multiple travel anthologies, including The Best Travel Writing series.

Born in the former Yugoslavia, Tania spent her childhood in a refugee camp in Italy, before emigrating to the United States, where she grew up in San Francisco’s Russian community. A graduate of San Francisco public schools, she went on to serve as CEO of three technology companies.

San Francisco Pilgrimage: Memoir of a Lifelong Love Affair with My City: My (Paperback)