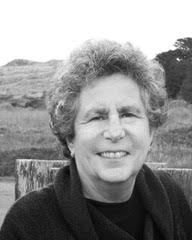 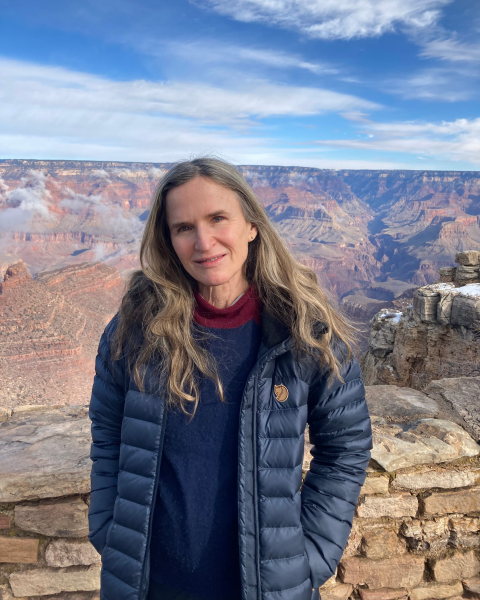 BUY ONLY BUY DEMOCRACY OF FIRE SUBSCRIBE TO OUR E-NEWSLETTER SUPPORT OUR EVENTS PROGRAM
This event will be hosted in-person at Book Passage's Corte Madera Store. Please contact webmaster@bookpassage.com with questions regarding events. 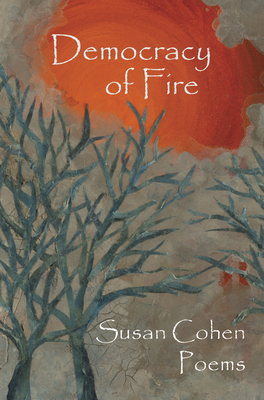 “I’m staying among strangers,” Susan Cohen declares in the “Letter Home” that opens her new volume of poems. A page or two later, in a description of two people viewing a painting, “our heads bent / to the same work of understanding the world,” she admits “Still, I have no idea what you are seeing.” This sense of isolation and detachment, and the corresponding longing for place and connection, run through these poems, which weave together several strands of observation. Her background as a science journalist informs several poems reflecting on lessons from “science news”: the previously unknown glow of amphibians illuminating “how much we cannot see, and yet we stomp everywhere,” while the lost legs of ancient snakes remind us “some prospect is no longer within reach.” She envies the jellyfish for “living without architecture, outside of history.” Yet she also writes love poems from the vantage of long marriage, and studies Yiddish as a way back into memory, heritage, and history. And yes, she surveys the contemporary horrors of school shootings, racial violence, and environmental catastrophe, but reserves her most important lesson for her closing image, which also furnished the book with its title: amidst the ruins of yet another California forest fire, she observes how “the flames choose what to burn / in this raging democracy of fire,” leaving the survivors to set aside their differences in recognition of their “shared citizenship of flesh. / Here’s to the live and kicking, / those with hungers and with thirsts.”

Democracy of Fire (Broadstone Books, Sept 2022), Susan Cohen’s third full-length collection, is described by Ellen Bass as “wise and wonderful” and by David St. John as both “powerful” and “deeply humane.” A former journalist, Cohen’s recent poems won the Red Wheelbarrow Prize and Terrain.org’s Anual Poetry Prize. Her poetry has appeared in the Atlanta Review 25th Anniversary Anthology, Bloomsbury Anthology of Contemporary Jewish American Poetry, Northwest Review, Prairie Schooner, Southern Humanities Review, The Southern Review, 32 Poems, and many other journals and anthologies, including Why to These Rocks: 50 Years of Poetry from the Community of Writers. She lives in Berkeley. 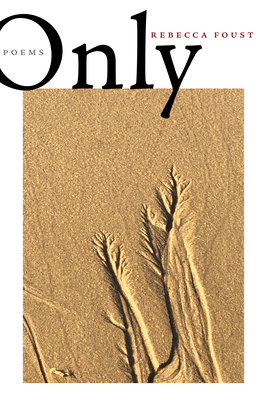 Urgent from the outset, Rebecca Foust's Only insists that the only thing worth writing about is everything. Prompted to confront what she does not know, the speaker lists, "Null. All. What's after death or before." This book scales the cliff-face of adulthood, that paradoxical ascent in which the longer we live the less we know of life, in which we find that each of us is only ourselves and yet delicately interconnected with everyone, everything, else. These candid lyrics ponder our broken political systems, family (dys)function and parenting challenges, divergent and intersecting identities, the complexities of sexuality, natural refuge and climate catastrophe, and in general what it means to be human in a world that sometimes feels as if it is approaching apocalypse. At the ledge of this abyss, however, Foust reminds us of the staggering beauty of life, the legacies of survival in the echoes of care that outlast us: "I came / to the canyon rim and saw // how best to carry you: I let the stone go."