In conversation with Marilyn Izdebski

The idea of American musical theatre conjures up images of bright lights and big city, but its lifeblood is found in local and amateur productions at schools, community theatres, summer camps, and more. In Beyond Broadway: The Pleasure and Promise of Musical Theatre Across America, author Stacy Wolf discusses the widespread presence and persistence of musical theatre in U.S. culture as a live, pleasurable, participatory experience of creating, watching, and listening. Why does local musical theatre flourish in America for practitioners and audiences alike?

As part of her journey, Wolf met musical theatre director, dance teacher, and producer Marilyn Izdebski, and observed auditions, rehearsals, and performances as part of her research.

Stacy Wolf is a theatre professor and director of the Program in Music Theater at Princeton University, where she teaches classes on gender and race in the American musical, including a course on the musicals of Stephen Sondheim.  She is the author of Changed for Good: A Feminist History of the Broadway Musical, A Problem Like Maria: Gender and Sexuality in the American Musical, and co-editor of The Oxford Handbook of the American Musical.  Wolf's latest book, Beyond Broadway: The Pleasure and Promise of Musical Across America, explores how the Broadway musical theatre repertoire finds new life at local venues across the country, including 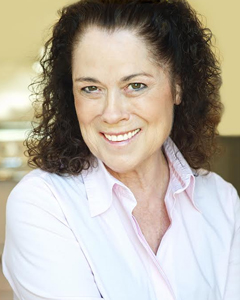 summer camps, high schools, community theatres, and afterschool programs.  She’s also written about women in The Hunchback of Notre Dame for Disney Theatrical Group’s Study Guide and two articles on gender in the smash hit Hamilton.  Before Princeton, Wolf taught at the University of Texas at Austin, the George Washington University, and Florida State University.  She holds a BA in English from Yale, an MA in Drama from the University of Virginia, and a PhD in Theatre & Drama from the University of Wisconsin-Madison.  Wolf is also a recipient of a Guggenheim Fellowship and a President’s Distinguished Teaching Award from Princeton.

Marilyn Izdebski has a BA, MA and Teaching Credential in Theatre from UCLA and has been dancing since the age of 3.  She has directed and choreographed for the Mountain Play, Ross Valley Players, Marin Theatre Company & the Novato Theater Company.  At NTC, she most recently directed Chicago, 2017, and A Chorus Line, 2018, for which she was nominated for Best Choreography 2018 for by SFBATTC; as well as choreographed Fantastiks, 2018, You’re a Good Man, Charlie Brown, 2019, Sweeney Todd, 2019 and currently directing & choreographing The Who’s Tommy.  She directed and taught at her company, Marilyn Izdebski Productions, for 40 years. Newly “retired,” she is thrilled to be working with many Marin theatre companies and as well as serving as the President of NTC Board & The Playhouse in San Anselmo.

Beyond Broadway: The Pleasure and Promise of Musical Theatre Across America (Paperback)

Beyond Broadway: The Pleasure and Promise of Musical Theatre Across America (Hardcover)