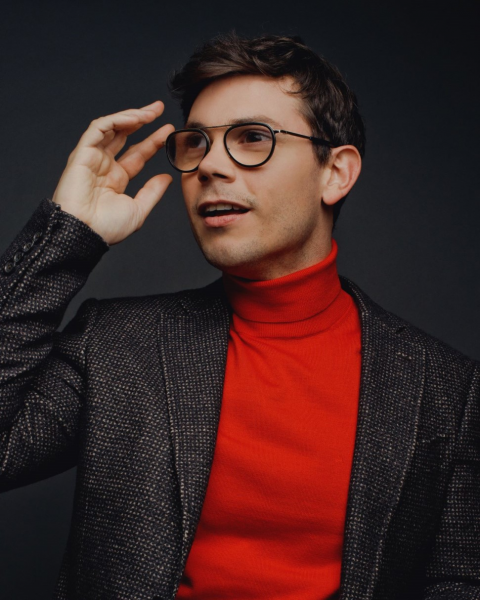 Just By Looking at Him

From the star of Peacock’s Queer as Folk and the Netflix series Special comes a darkly witty and touching novel following a gay TV writer with cerebral palsy as he fights addiction and searches for acceptance in an overwhelmingly ableist world.

Elliott appears to be living the dream as a successful TV writer with a doting boyfriend. But behind his Instagram filter of a life, he’s grappling with an intensifying alcohol addiction, he can’t seem to stop cheating on his boyfriend with various sex workers, and his cerebral palsy is making him feel like gay Shrek.

After falling down a rabbit hole of sex, drinking, and Hollywood backstabbing, Elliott decides to limp his way towards redemption. But facing your demons is easier said than done.

Candid, biting, and refreshingly real, Just by Looking at Him is an incisive commentary on gay life, a heart-centered, laugh-out-loud exploration of self, and a rare insight into life as a person with disabilities.

Ryan O’Connell is the Emmy-nominated creator, writer, and star of Netflix’s Special, which is based on his memoir, I’m Special: And Other Lies We Tell Ourselves. He’s also written for other TV shows like Will & Grace, Awkward, and Peacock’s Queer as Folk revival, which he also stars in. He lives, laughs, and loves in Los Angeles with his partner, Jonathan Parks-Ramage.

Karley Sciortino is the author of Slutever, a columnist at Vogue, and host of her own VICE show.

Just by Looking at Him: A Novel (Hardcover)