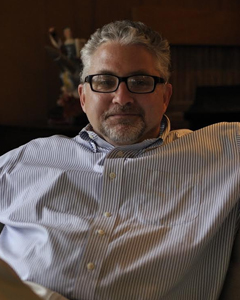 How to Get Your Book Published is designed to help writers improve their chance of getting their memoir, novel, or non-fiction book considered for publication by a reputable literary agent or publisher. The three hour course will cover:

John J. Geoghegan began his career at Doubleday Publishers in New York City. In addition to serving as a Special Correspondent for the New York Times, he has worked as an editor and writer in both the magazine  and newspaper industries. John has written more than 100 articles for the New York Times Science section, The Wall Street Journal, The San Francisco Chronicle, WIRED, Smithsonian Air & Space, and American History magazine and other publications. He is also the author of, Operation Storm: Japan’s Top Secret Submarines and Its Plan to Change the Course of World War II (Crown, 2013), which The Wall Street Journal called, “a fascinating, meticulously researched and deft account,” and, Hear Today, Gone Tomorrow: A True Story of Love, Hearing Loss, Heartbreak and Redemption (New Haven Publishing, 2018), which Book Authority ranked No. 1 on its list of the 38 best books about hearing loss. Additionally, John shepherded into production, co-wrote, and served as technical consultant on Japanese SuperSub, a one-hour documentary for PBS television that the New York Times called, “consistently fascinating history.” His third, non-fiction book, When Giants Ruled the Sky, is under contract to The History Press and due in bookstores 2021.

What students are saying about John J. Geoghegan:

"As a writer, I’ve benefited from John’s wisdom through four books. A master at understanding how to meet reader expectations, John zeroes in on a writer’s intention, applauds what's going right, and nails that unnecessary bit of exposition or missed opportunity to drive the story forward."
—K. M., author of eight commercially published novels