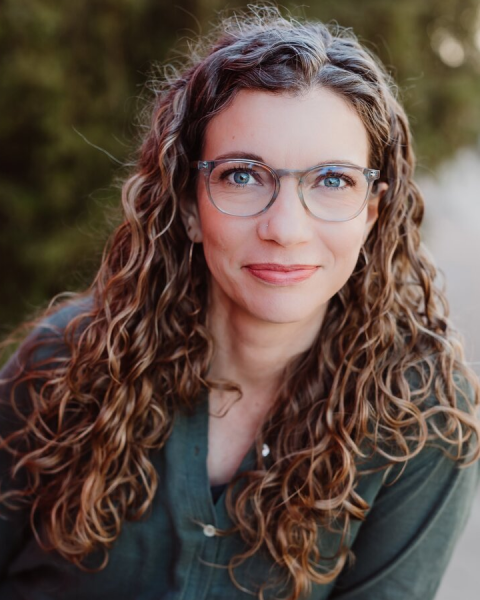 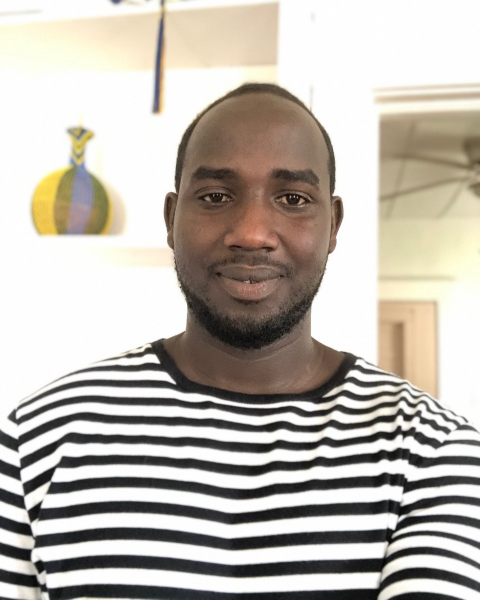 Those We Throw Away are Diamonds

in conversation with Jessica Goudeau 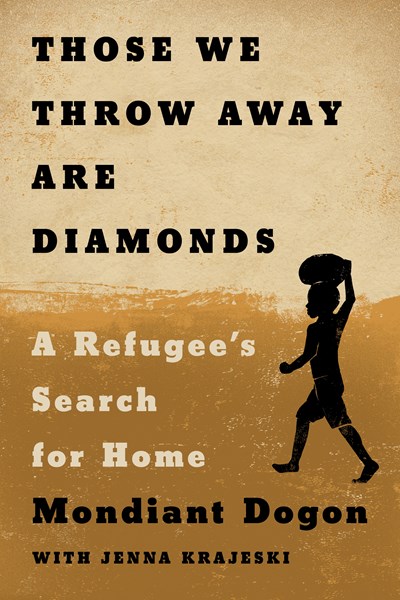 A stunning and heartbreaking lens on the global refugee crisis, from a man who faced the very worst of humanity and survived to advocate for displaced people around the world.

One day when Mondiant Dogon, a Bagogwe Tutsi born in the Democratic Republic of Congo, was only three years old, his father’s lifelong friend, a Hutu man, came to their home with a machete in his hand and warned the family they were to be killed within hours. Dogon’s family fled into the forest, initiating a long and dangerous journey into Rwanda. They made their way to the first of several UN tent cities in which they would spend decades. But their search for a safe haven had just begun.

Hideous violence stalked them in the camps. Even though Rwanda famously has a former refugee for a president in Paul Kagame, refugees in that country face enormous prejudice and acute want. For much of his life, Dogon and his family ate barely enough to keep themselves from starving. He fled back to Congo in search of the better life that had been lost, but there he was imprisoned and left without any option but to become a child soldier.

For most refugees, the camp starts as an oasis but soon becomes quicksand, impossible to leave. Yet Dogon managed to be one of the few refugees he knew to go to college. Though he hid his status from his fellow students out of shame, eventually he would emerge as an advocate for his people.

Rarely do refugees get to tell their own stories. We see them only for a moment, if at all, in flight: Syrians winding through the desert; children searching a Greek shore for their parents; families gathered at the southern border of the United States. But through his writing, Dogon took control of his own narrative and spoke up for forever refugees everywhere.

As Dogon once wrote in a poem, “Those we throw away are diamonds.”

Mondiant Nshimiyimana Dogon is an author, human rights activist, and refugee ambassador. Born into a Congolese Tutsi family in Bagogwe tribe in North Kivu province, at age three he was forced to leave his home village, Bikenke, because of the Rwandan genocide against Tutsis that spilled over into the Democratic Republic of Congo. Since 1996 he has lived in refugee camps. Dogon holds a BA from the University of Rwanda and an MA in international education from New York University.

Jessica Goudeau is the author of After the Last Border: Two Families and the Story of Refuge in America, which won the J. Anthony Lukas Book Prize and a Christopher Award. It was named a New York Times Editors’ Choice book,World Magazine’s “Understanding the World” Book of the Year, a Library Journal “Best Social Science Book of the Year” and one of Chicago Public Library’s “Best Books of 2020”; it was a finalist for the Writer’s League of Texas Nonfiction Book Award, a finalist for the BookTube Prize, shortlisted for the Chautauqua Prize, and longlisted for the Reading the West Narrative Nonfiction Award. Her next nonfiction book, We Were Illegal, will also be with Viking. She is a columnist for Catapult and has written for The New York Times, The Atlantic, Washington Post, Los Angeles Times, and Teen Vogue, among many other places. She produced projects for Teen Vogue (“Ask a Syrian Girl”) and “A Line Birds Cannot See,” a documentary about a young girl who crossed the border into the US on her own that was distributed by The New Yorker. She has a PhD in literature from the University of Texas, served as a Mellon Writing Fellow and Interim Writing Center Director at Southwestern University, and is a Visiting Professor at Sewanee School of Letters. Goudeau has spent more than a decade working with refugees in Austin, Texas and was the co-founder of Hill Tribers, a nonprofit that provided supplemental income for Burmese refugee artisans for seven years until it successfully ended when the last artisan found full-time employment.

Jenna Krajeski is a reporter for The Fuller Project whose writing has appeared in The New Yorker, The New York Times, and The Nation, among other publications. She is the coauthor of Nobel laureate Nadia Murad’s memoir, The Last Girl, and was a Knight-Wallace Fellow at the University of Michigan.

Those We Throw Away Are Diamonds: A Refugee's Search for Home (Hardcover)

After the Last Border: Two Families and the Story of Refuge in America (Paperback)