BUY THE LOST NOTEBOOKS OF SISYPHUS BUY DIVINE MADNESS SUBSCRIBE TO OUR E-NEWSLETTER SUPPORT OUR EVENTS PROGRAM
This event will be hosted in-person at Book Passage's Corte Madera Store. Please contact webmaster@bookpassage.com with questions regarding events.

For nearly three thousand years, King Sisyphus of Corinth has been one of the most compelling characters in world mythology. The iconic image of Sisyphus putting his shoulder to the boulder and pushing it to the summit of a mountain in the Underworld is recognizable the world over. To many poets and philosophers, from Homer and Aeschylus to Lucille Clifton and Albert Camus, the rebel hero has been a powerful symbol for hard-earned wisdom and the struggle to transcend suffering, while more skeptical commentators have interpreted Sisyphus' defiance of the gods as futile and doomed. In this mythopoetic novel, Phil Cousineau reimagines Sisyphus as telling his own tale through notebooks he kept while enduring his notorious punishment, which include surprising revelations about the self-sacrifice he made for his fellow Corinthians, his bold fight against the injustice of the gods, and the unbounded love for his wife and sons that earned him a second chance at life. The Lost Notebooks of Sisyphus is a timeless allegory that helps us come to terms with own daily struggles and shines new light on Camus' existential conclusion that, "We must imagine Sisyphus as happy."

I am Sisyphus, King of Corinth, great-great-grandson of Prometheus, great-grandson of Deucalion and Pyrrha, grandson of Hellen and Orseis, son of Aeolus and Enarate, husband of Merope, father of Glaucus, Ornytion, Almus, and Thersander, and grandfather of Bellerophon, slayer of the Chimera.

I am a champion of navigators, sailors, athletes, merchants, poets, and playwrights, and an enemy of tyrants, despots, bullies, ruffians, and demagogues. I honor the gods and goddesses by building splendid temples, holy shrines, and sacrificial altars worthy of their glory.

Many men deep am I, as my mentor, the deep-browed, long-bearded, wise-counseling Alexandros of Milos described me.

What I am not is a scoundrel, as scandalmongers have impugned across the centuries while exonerating the cruel gods who condemned me.

Phil Cousineau is the author of The Lost Notebooks of Sisyphus and an award-winning writer and filmmaker, teacher and editor, lecturer, storyteller, and TV host. With more than 35 books translated into more than ten languages and 15 scriptwriting credits to his name, Cousineau has also appeared alongside mentors Joseph Campbell and Huston Smith. Host and co-writer of Global Spirit on PBS-TV, he has also appeared on CNN, the Discovery Channel, the Smithsonian Channel, and has been interviewed for stories in Time, Newsweek, and The New York Times. Cousineau lives with his family in North Beach in San Francisco, California, and leads one or two small group travel programs or writing retreats each year. Learn more about his work at philcousineau.com.

"Cal . . . wants to move back in with me into our old apartment on 67th Street across from Central Park. It's where we lived for most of the twenty-one years of our marriage until he left me for Caroline. It's where I've lived for the past seven years without Cal."

Cal is purportedly Robert Lowell, the sixth Poet Laureate of the United States, and the speaker, "Lizzie," is Elizabeth Hardwick, a writer and critic whose true-life partnership with Lowell was marked by his mental illness and desertion. Yet award-winning playwright Lynne Kaufman's spare, poetic novel is far deeper — and more disturbing — than a harrowing account of a famously unhappy marriage. As the fictional "manuscript" progresses, Lizzie's persona of humiliated, martyred wife gradually dissolves into a rich labyrinth of references — from her friendships with Mary McCarthy and Hannah Arendt to her memories of the Civil Rights movement and her Southern childhood, from the Holocaust to King Lear — that may (or may not) illuminate the complex dynamics of attachment. In this enigmatic deconstruction of an age-old tragedy, Kaufman has composed an intriguing and intense elegy that marks the shadowlands where fiction, reality, and writerly personas converge.

Lynne Kaufman is the author of three novels (Slow Hands, Wild Women’s Weekend, and Taking Flight). She is also an award-winning playwright whose works have been produced across the country. Lynne's play "Divine Madness," which ran at the Marsh last year, gained national recognition (see coverage in the SF Chronicle). She transposed the play into a poetic novel that traces the 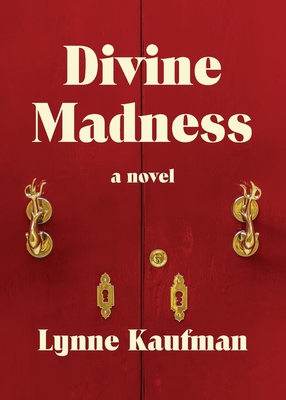 The Lost Notebooks of Sisyphus: A Novel with Commentary (Paperback)