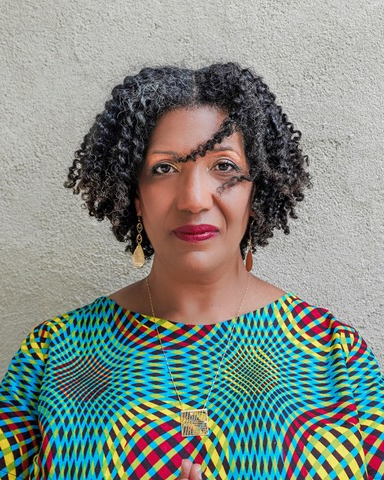 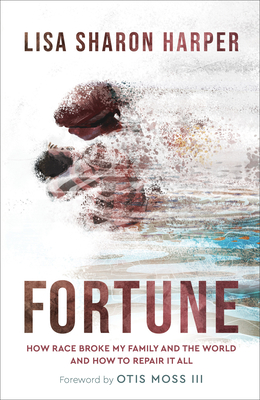 REGISTER HERE (FREE) BUY THE BOOK SUBSCRIBE TO OUR E-NEWSLETTER SUPPORT OUR EVENTS PROGRAM
This event will be hosted by Calvary Presbyterian Church in San Francisco. Please contact webmaster@bookpassage.com with questions regarding online events.

Drawing on her lifelong journey to know her family's history, leading Christian activist Lisa Sharon Harper recovers the beauty of her heritage, exposes the brokenness that race has wrought in America, and casts a vision for collective repair.

Harper has spent three decades researching ten generations of her family history through DNA research, oral histories, interviews, and genealogy. Fortune, the name of Harper's first nonindigenous ancestor born on American soil, bore the brunt of the nation's first race, gender, and citizenship laws. As Harper traces her family's story through succeeding generations, she shows how American ideas, customs, and laws robbed her ancestors--and the ancestors of so many others--of their humanity and flourishing.

Fortune helps readers understand how America was built upon systems and structures that blessed some and cursed others, allowing Americans of European descent to benefit from the colonization, genocide, enslavement, rape, and exploitation of people of color. As Harper lights a path through national and religious history, she clarifies exactly how and when the world broke and shows the way to redemption for us all. The book culminates with a powerful and compelling vision of truth telling, reparation, and forgiveness that leads to Beloved Community. It includes a foreword by Otis Moss III, illustrations, and a glossy eight-page black-and-white insert featuring photos of Harper's family.

Lisa Sharon Harper (LSMA, Columbia University; MFA, University of Southern California) is the founder of Freedom Road, a consulting group dedicated to shrinking the narrative gap. A sought-after speaker, trainer, and consultant with more than 100,000 social media followers, Harper has written several books, including the critically acclaimed The Very Good Gospel: How Everything Wrong Can Be Made Right. Her work has been featured in the New Yorker, Relevant, Essence, HuffPost, the National Civic Review, and CNN, and she has appeared on PBS's Religion & Ethics NewsWeekly, TV One, Fox News, NPR, and Al Jazeera America. Harper previously served as chief church engagement officer at Sojourners, where she mobilized the church to engage campaigns on immigration reform and racial justice. She has researched her family's origins for three decades and presented on her ancestors' achievements at the African American Civil War Museum. Harper lives in the same Philadelphia neighborhood where three generations of her ancestors lived.

Fortune: How Race Broke My Family and the World--And How to Repair It All (Hardcover)