BUY SECRET SONOMA BUY SECRET CALIFONIA
BUY 100 THINGS TO DO IN SONOMA COUNTY
This event will be held outside on the patio at Book Passage's Corte Madera location. 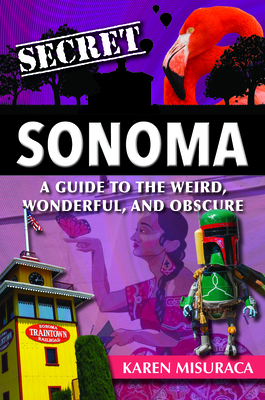 Karen Misuraca is an award-winning culture travel journalist, golf writer, and author of 9 books, including The California Coast; Backroads of the California Coast, and Backroads of the California Wine Country. She writes for DK Eyewitness Guides, Voyageur Press, Motorbooks, the Press Democrat, and inflight magazines; and, she is the founder/editor of DeepCultureTravel.com. A life-long resident of Sonoma County, in Secret Sonoma she reveals the strangest attractions and quirkiest denizens in the county, from a hillside inhabited by ghosts to where you can play “top gun” in a real fighter jet, and belly up to the bar in an 1860 roadhouse famous for a gun-toting militia. 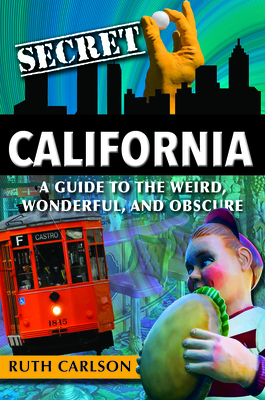 Following the success of Secret San Francisco: a guide to the weird, wonderful and obscure Ruth Wertzberger Carlson is back with more bizarre stories, this time about the entire state of California! A resident of the Golden State for nearly 50 years she writes about the quirky characters, odd spots, and fun things off the radar.
An international travel writer, her byline has appeared in the American Airlines magazine, American Way, Bon Appetit, the San Francisco Chronicle, San Jose Mercury News, and several anthologies. 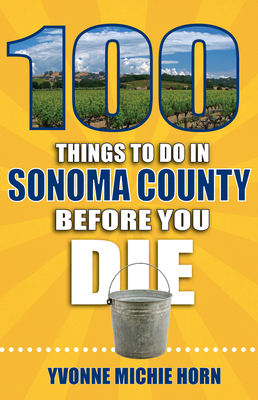 Secret California: A Guide to the Weird, Wonderful, and Obscure (Paperback)

Secret Sonoma: A Guide to the Weird, Wonderful, and Obscure (Paperback)