Please note: This event has been postponed due to concerns for the health and well-being of our community. For updates on this event and for additional event information, please subscribe to our e-newsletter.

Introduction by Nancy Goldberg • In conversation with Dr. Emily Murase

Beginning in 1874, the Occidental Mission Home on the edge of San Francisco's Chinatown served as a gateway to freedom for thousands of enslaved and vulnerable young Chinese women and girls. Run by a courageous group of female abolitionists who fought the slave trade in Chinese women, it survived earthquakes, fire, bubonic plague, and violence directed against its occupants and supporters. With compassion and an investigative historian's sharp eye, Julia Flynn Siler tells the story of both the abolitionists who challenged the corrosive anti-Chinese prejudices of the time and the young women who dared to flee their fate. She relates how the women who ran the home defied contemporary convention--even occasionally breaking the law--by physically rescuing children from the brothels where they worked or by snatching them off ships as they were being smuggled in—and how they helped bring the exploiters to justice. She also shares the moving stories of many of the girls and young women who sought refuge at the mission, and she writes about the lives they went on to lead. The White Devil's Daughters is a remarkable chapter in an overlooked part of our history, told with sympathy and vigor.

Julia Flynn Siler is a New York Times best-selling author and journalist. Her most recent book is Lost Kingdom: Hawaii's Last Queen, the Sugar Kings, and America's First Imperial Adventure. Her first book, The House of Mondavi: The Rise and Fall of an American Wine Dynasty, was a finalist for a James Beard Award and a Gerald Loeb Award for distinguished reporting. A veteran journalist, Siler is a longtime contributor and former staff writer for The Wall Street Journal and has been a guest commentator on CNBC, CNN, and the BBC. She lives in the San Francisco Bay Area with her husband and their two sons. 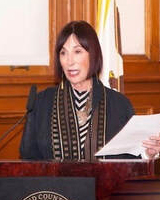 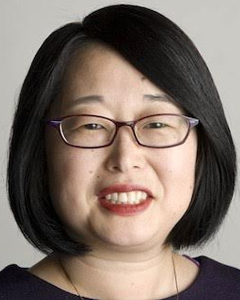 Dr. Emily Murase has served as Executive Director of the San Francisco Department on the Status of Women since 2004, where she has pioneered strategies for implementing women’s human rights at the local level that earned San Francisco the 2010 Gender Equality Award from the UN Institute for Training and Research, as well as coverage in reports of the Ford Foundation, the Columbia University Human Rights Law Review, and Ms. Magazine. Together with the San Francisco Human Rights Commission and the Jewish Coalition Against Human Trafficking, Dr. Murase organized the first community forum on human trafficking in 2009, helped launch the San Francisco Collaborative Against Human Trafficking in 2010, and now co-chairs the Mayor’s Task Force on Human Trafficking convened in 2013 by Mayor Edwin M. Lee to craft city-wide responses to human trafficking.