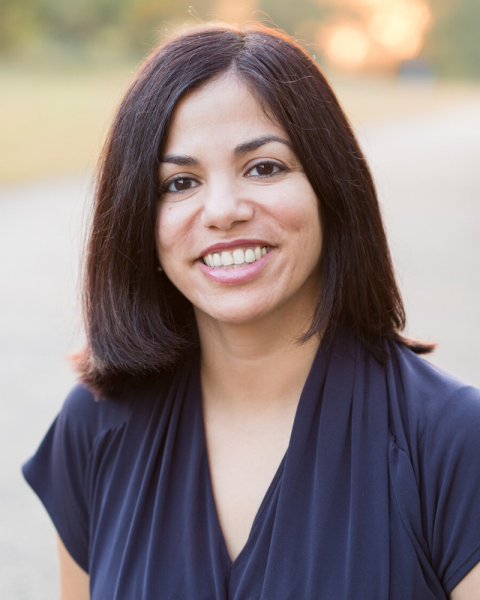 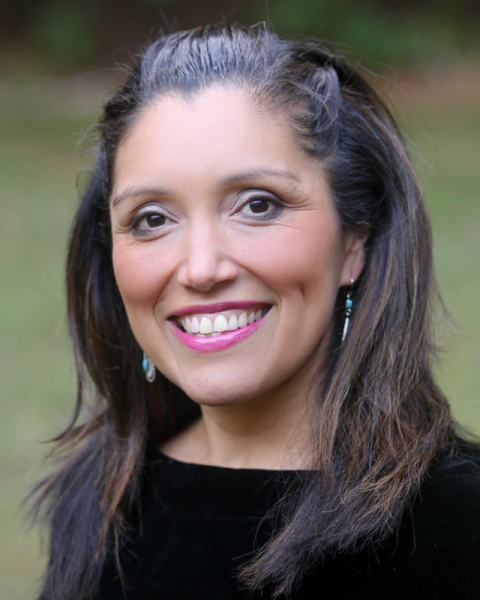 BUY WHITE SPACE  BUY THE KISSING BUG
WATCH HERE  SUBSCRIBE TO OUR E-NEWSLETTER
This event will be broadcast live and does not require registration to attend. To view, click the "Watch Here" button at the time of the event, or subscribe to our e-newsletter to receive a ten-minute reminder.

Sometime in her twenties, Jennifer De Leon asked herself, “What would you do if you just gave yourself permission?” While her parents had fled Guatemala over three decades earlier when the country was in the grips of genocide and civil war, she hadn’t been back since she was a child. She gave herself permission to return—to relearn the Spanish that she had forgotten, unpack her family’s history, and begin to make her own way.

Alternately honest, funny, and visceral, White Space is a powerful collection that follows De Leon as she comes of age as a Guatemalan-American woman and learns to navigate the space between two worlds. Never rich or white enough for her posh college, she finds herself equally adrift in her first weeks in her parents’ home country. During the years to follow, she would return to Guatemala again and again, meet ex-guerrillera and genocide survivors, get married in the old cobblestoned capital of Antigua, and teach her newborn son about his roots.

Growing up in a New Jersey factory town in the 1980s, Daisy Hernández believed that her aunt had become deathly ill from eating an apple. No one in her family—in either the United States or Colombia—spoke of infectious

diseases. Even into her thirties, she only knew that her aunt had died of Chagas, a rare and devastating illness that affects the heart and digestive system. But as Hernández dug deeper, she discovered that Chagas—or the kissing bug disease—is more prevalent in the United States than the Zika virus.

After her aunt’s death, Hernández began searching for answers. Crisscrossing the country, she interviewed patients, doctors, epidemiologists, and even veterinarians with the Department of Defense. She learned that in the United States more than three hundred thousand people in the Latinx community have Chagas, and that outside of Latin America, this is the only country with the native insects—the “kissing bugs”—that carry the Chagas parasite. Through unsparing, gripping, and humane portraits, Hernández chronicles a story vast in scope and urgent in its implications, exposing how poverty, racism, and public policies have conspired to keep this disease hidden. A riveting and nuanced investigation into racial politics and for-profit healthcare in the United States, The Kissing Bug reveals the intimate history of a marginalized disease and connects us to the lives at the center of it all.

Jennifer De Leon is the author of Don’t Ask Me Where I’m From and editor of Wise Latinas: Writers on Higher Education. De Leon has published prose in over a dozen literary journals, including Ploughshares, the Iowa Review, and Michigan Quarterly Review, and is a GrubStreet instructor and board member. She is assistant professor of creative writing at Framingham State University and makes her home in the Boston area.

Daisy Hernández is a former reporter for The New York Times and has been writing about the intersections of race, immigration, class, and sexuality for almost two decades. She edited Colonize This! Young Women of Color on Today’s Feminism and Colorlines, a newsmagazine on race and politics, and she has written for National Geographic, NPR’s All Things Considered, Code Switch, The Atlantic, Slate, and Guernica. She is the author of the award-winning memoir A Cup of Water Under My Bed, and is a professor at Miami University in Ohio.

The Kissing Bug: A True Story of a Family, an Insect, and a Nation's Neglect of a Deadly Disease (Hardcover)