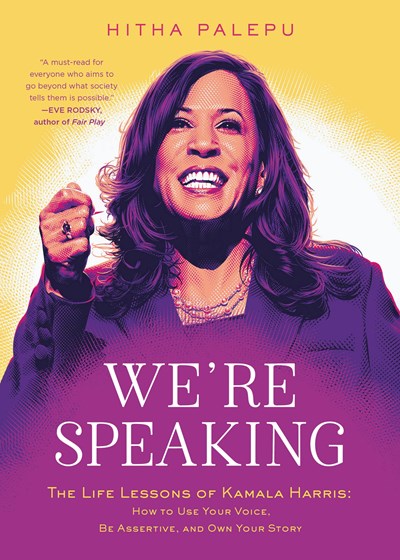 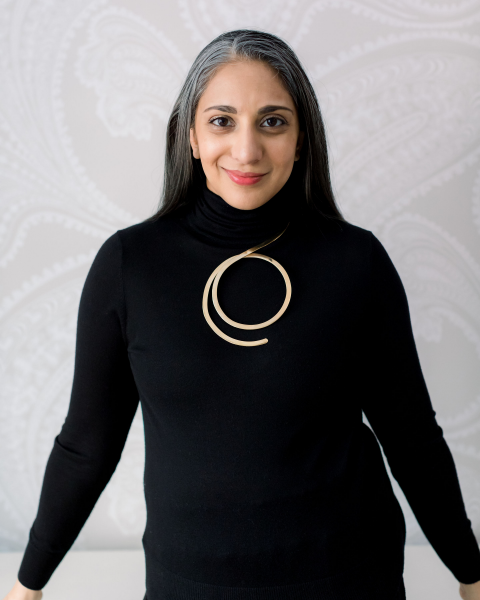 in conversation with Ashley Spivey

Kamala Harris is one of our country's most awe-inspiring political figures, dawning on a new age as the first — but not last — Black and Asian-American female Vice President. Having spent her entire career smashing glass ceilings and influencing the next generation of young women, Harris has completely redefined what it means to be a woman in politics.

In We’re Speaking, Palepu connects illuminating stories from Harris’ unique biography with tactical advice that will teach you to :

Hitha Palepu is a woman of multitudes—a feminist, a lifelong politics enthusiast, a daughter of immigrants, and a mother raising feminist sons. These multitudes spill into her multi-hypenatted career as an entrepreneur, investor, writer, and speaker.  Hitha’s passion for the news and politics is captured in #5SmartReads, a Webby-honored social series that shares 5 must-read articles every day to keep her community informed without being overwhelmed. Hitha's longtime blog, Hitha On The Go, established her as an authority on lifestyle topics and gave way to her book and collaborations with leading brands such as Headspace, Google, and Northwestern Mutual. Her book, How To Pack, was published by Clarkson Potter in 2017.  As CEO of Rhoshan Pharmaceuticals, Hitha oversees financing, partnerships, and strategy for the company. Hithan also puts her money where her values are through early stage investing. A partner in Adama Ventures (her family office), she has invested in innovative companies primarily founded by women and focused on women (MM.LaFleur, Girls' Night In, Brightland, and Heymama among them). She is a sought-after speaker on politics & the news, investing, entrepreneurship, work-life juggle, and motherhood.  Hitha has spoken at The Riveter Summit, Fohr, Global Brands Group and was selected to speak at SXSW 2020. She is represented by AllRaise's Visionary Voices speakers bureau.