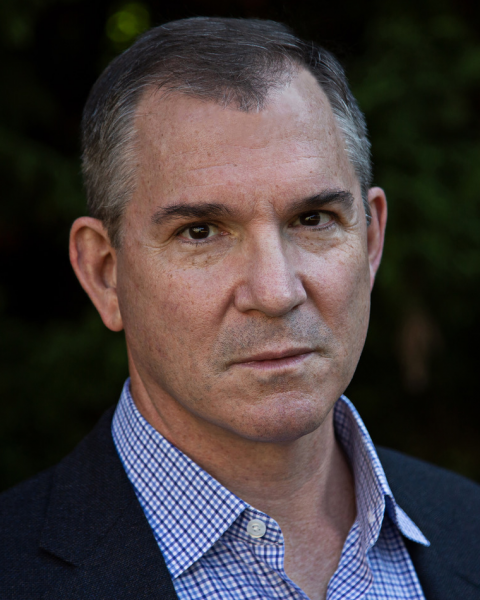 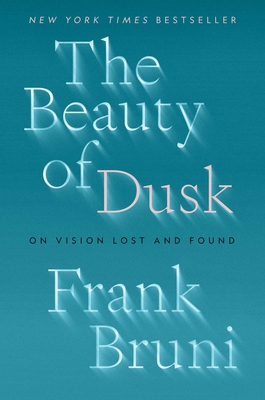 BUY TICKETS HERE (SIGNED BOOK INCLUDED) BUY THE BOOK ONLY (NO ADMISSION TO EVENT) SUBSCRIBE TO OUR E-NEWSLETTER SUPPORT OUR EVENTS PROGRAM
This event will be hosted online by Dominican University of California. Please contact webmaster@bookpassage.com with questions regarding online events.

From New York Times columnist and bestselling author Frank Bruni comes a wise and moving memoir about aging, affliction, and optimism after partially losing his eyesight.

One morning in late 2017, New York Times columnist Frank Bruni woke up with strangely blurred vision. He wondered at first if some goo or gunk had worked its way into his right eye. But this was no fleeting annoyance, no fixable inconvenience. Overnight, a rare stroke had cut off blood to one of his optic nerves, rendering him functionally blind in that eye—forever. And he soon learned from doctors that the same disorder could ravage his left eye, too. He could lose his sight altogether.

In The Beauty of Dusk, Bruni hauntingly recounts his adjustment to this daunting reality, a medical and spiritual odyssey that involved not only reappraising his own priorities but also reaching out to, and gathering wisdom from, longtime friends and new acquaintances who had navigated their own traumas and afflictions.

The result is a poignant, probing, and ultimately uplifting examination of the limits that all of us inevitably encounter, the lenses through which we choose to evaluate them and the tools we have for perseverance. Bruni’s world blurred in one sense, as he experienced his first real inklings that the day isn’t forever and that light inexorably fades, but sharpened in another. Confronting unexpected hardship, he felt more blessed than ever before. There was vision lost. There was also vision found.

Frank Bruni has been a prominent journalist for more than three decades, including more than twenty-five years at the New York Times, the last ten of them as a nationally renowned op-ed columnist who appeared frequently as a television commentator. He was also a White House correspondent for the Times, its Rome bureau chief, and, for five years, its chief restaurant critic. He is the author of three New York Times bestsellers. In July 2021, he became a full professor at Duke University, teaching media-oriented classes in the school of public policy. He continues to write his popular weekly newsletter for the Times and to produce occasional essays as one of the newspaper’s official Contributing Opinion Writers. 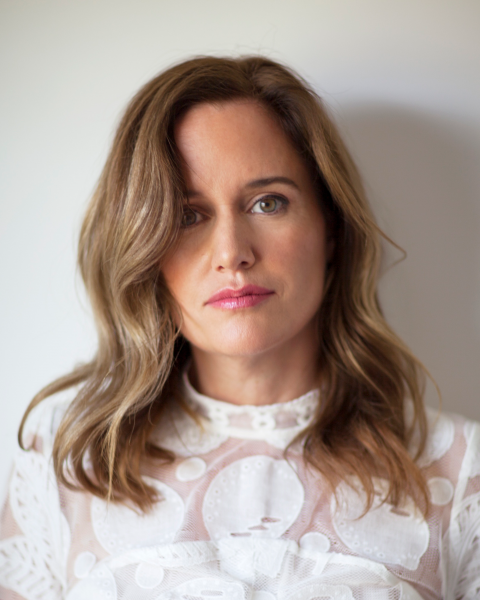 Heather Havrilesky writes the Ask Polly advice column, formerly on New York Magazine, now on Substack. She is the author of Foreverland: On the Divine Tedium of Marriage (2022), the essay collection What If This Were Enough (2018), the advice book How to Be a Person in the World (2016), and the memoir Disaster Preparedness (2010). She also maintains the Ask Molly newsletter, written by Polly’s evil twin, and has written for The New Yorker, the New York Times Magazine, The Atlantic, and many other publications. She lives in Chapel Hill, North Carolina with her husband, two daughters, and two dogs.

The Beauty of Dusk: On Vision Lost and Found (Hardcover)

Foreverland: On the Divine Tedium of Marriage (Hardcover)