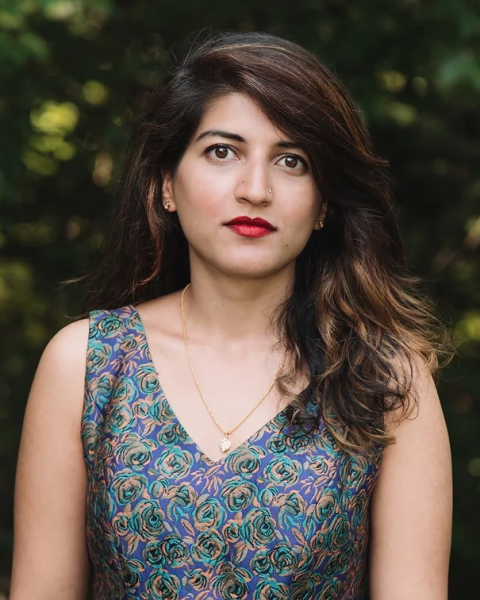 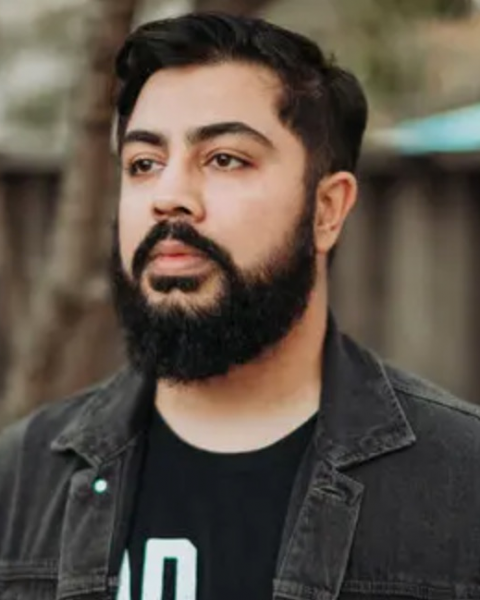 Jamil Jan Kochai
The Haunting of Hajji Hotak
and Other Stories

BUY AMERICAN FEVER BUY THE HAUNTING OF HAJJI HOTAK WATCH HERE ON EVENT DAY SUBSCRIBE TO OUR E-NEWSLETTER SUPPORT OUR EVENTS PROGRAM
This event will be online by Book Passage. Please contact webmaster@bookpassage.com with questions regarding events.

On a year-long exchange program in rural Oregon, a Pakistani student, sixteen-year-old Hira, must swap Kashmiri chai for volleyball practice and try to understand why everyone around her seems to dislike Obama.  A skeptically witty narrator, Hira finds herself stuck between worlds. The experience is memorable for reasons both good and bad; a first kiss, new friends, racism, Islamophobia, homesickness. Along the way Hira starts to feel increasingly unwell until she begins coughing up blood, and receives a diagnosis of tuberculosis, pushing her into quarantine and turning her newly established home away from home upside down.

American Fever is a compelling and laugh-out-loud funny novel about adolescence, family, otherness, religion, the push-and-pull of home. It marks the entrance on the international literary scene of the brilliant fresh voice of Dur e Aziz Amna.

Dur e Aziz Amna grew up in Rawalpindi, Pakistan, and now lives in Michigan, USA. Her work has appeared in the New York Times, Financial Times, and Longreads, among others. She won the 2019 Financial Times / Bodley Head Essay Prize, with an e-book publication by Penguin, and was longlisted for the Sunday Times Audible Short Story Award 2020. She graduated from Yale College and the Helen Zell Writers' Program at the University of Michigan. Her debut novel, AMERICAN FEVER, is forthcoming from Sceptre and Arcade Books (August 2022).

Pen/Hemingway finalist Jamil Jan Kochai ​breathes life into his contemporary Afghan characters, moving between modern-day Afghanistan and the Afghan diaspora in America. In these arresting stories verging on both comedy and tragedy, often starring young characters whose bravado is matched by their tenderness, Kochai once again captures “a singular, resonant voice, an American teenager raised by Old World Afghan storytellers.”

In “Playing Metal Gear Solid V: The Phantom Pain," a young man's video game experience turns into a surreal exploration on his own father's memories of war and occupation. Set in Kabul, "Return to Sender" follows two married doctors driven by guilt to leave the US and care for their fellow Afghans, even when their own son disappears. A college student in the US in "Hungry Ricky Daddy" starves himself in protest of Israeli violence against Palestine. And in the title story, "The Haunting of Hajji Hotak," we learn the story of a man codenamed Hajji, from the perspective of a government surveillance worker, who becomes entrenched in the immigrant family's life.

The Haunting of Hajji Hotak and Other Stories is a moving exploration of characters grappling with the ghosts of war and displacement — and one that speaks to the immediate political landscape we reckon with today.

Jamil Jan Kochai is the author of 99 Nights in Logar (Viking, 2019), a finalist for the Pen/Hemingway Award for Debut Novel and the DSC Prize for South Asian Literature. He was born in an Afghan refugee camp in Peshawar, Pakistan, but he originally hails from Logar, Afghanistan. His short stories and essays have appeared in The New Yorker, The New York Times, Los Angeles Times, Ploughshares, and The O. Henry Prize Stories 2018. Currently, he is a Stegner Fellow at Stanford University.

The Haunting of Hajji Hotak and Other Stories (Hardcover)