A “gripping” new novel (PEOPLE) from the best-selling author of Inheritance: On a  summer night in 1985, three teenagers have been drinking. One of them gets behind the wheel of a car, and, in an instant, everything changes.

Signal Fires opens on a summer night in 1985. Three teenagers have been drinking. One of them gets behind the wheel of a car, and, in an instant, everything on Division Street changes. Each of their lives, and that of Ben Wilf, a young doctor who arrives on the scene, is shattered. For the Wilf family, the circumstances of that fatal accident will become the deepest kind of secret, one so dangerous it can never be spoken.

On Division Street, time has moved on. When the Shenkmans arrive — a young couple expecting a baby boy — it is as if the accident never happened. But when Waldo, the Shenkmans’ brilliant, lonely son who marvels at the beauty of the world and has a native ability to find connections in everything, befriends Dr. Wilf, now retired and struggling with his wife’s decline, past events come hurtling back in ways no one could ever have foreseen.

In Dani Shapiro’s first work of fiction in fifteen years, she returns to the form that launched her career, with a riveting, deeply felt novel that examines the ties that bind families together — and the secrets that can break them apart. Signal Fires is a work of haunting beauty by a masterly storyteller.

Dani Shapiro is a best-selling novelist and memoirist and host of the podcast Family Secrets (now in its sixth season). Her work has been featured in the New York Times, The New Yorker, Vogue, and Time. She has taught at Columbia and New York University and is the co-founder of the Sirenland Writers Conference. She lives in Litchfield County, Connecticut. 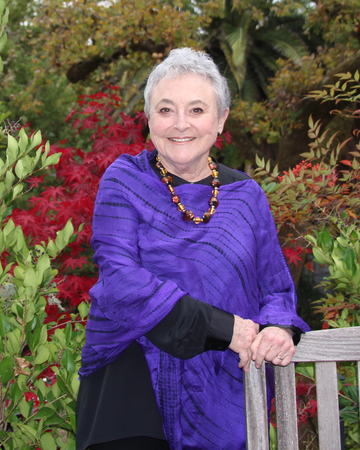 Sylvia Boorstein, teaches mindfulness and leads retreats across the United States. She is a co-founding teacher at Spirit Rock Meditation Center in Woodacre, California, and a senior teacher at the Insight Meditation Center in Barre, Massachusetts. Boorstein is also a practicing psychotherapist. Her previous books are It's Easier Than You Think: The Buddhist Way to Happiness and Don't Just Do Something, Sit There. She lives with her husband, Seymour Boorstein, a psychiatrist. They have two sons, two daughters, and five grandchildren.