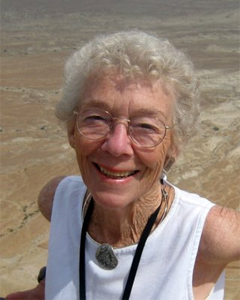 REGISTER FOR THIS CLASS
This class will be held in a large room with a door open to outside for good ventilation.
Book Passage will continue to follow all state and local health guidelines.

The History of Modern Art has relied heavily on the contributions by French artists: the Impressionists, followed by Cezanne, Gauguin and Matisse.

But this is an incomplete picture! The move away from pictorial realism to the recognition of art for art's sake really began in Vienna where, around 1900, the Austro- Hungarian Empire was fading away in what one author has dubbed "a nervous splendor.”  A burst of innovation in medicine, psychiatry, literature and music took place, including a very important revolution in the areas of painting, sculpture and architecture. We study the controversial early works of Gustave Klimt and the Vienna Secession, including several important women artists in the group. The architecture of Adolf Loos, reviled at the time, and Otto Wagner as well as Koloman Moser whose influential work is often neglected in studies. Oskar Kokoschka, Egon Schiele and especially Richard Gerstl offer insights into the psychology of both artist and subject.

We move on to the German Expressionists who, even more than Matisse and the Fauves, upset traditional use of color and form.  Special attention to August Macke, Franz Marc and the Blaue Reiter group in Munich and the painters of Die Brucke in Dresden:  Erich Heckel, Ernst Ludwig Kirchner and Karl-Schmidt Rottluff, whose emotional and sexual themes made the Fauves look tame. We will pay close attention to Emil Nolde's "degenerate" religious works and Paula Modersohn-Becker in Worpsvede.

Of course we study Wassily Kandinsky, a Russian transplant to Munich whose compositions move steadily from a primitive style toward abstraction and the art  of Gabriele Muenter, his gifted companion.