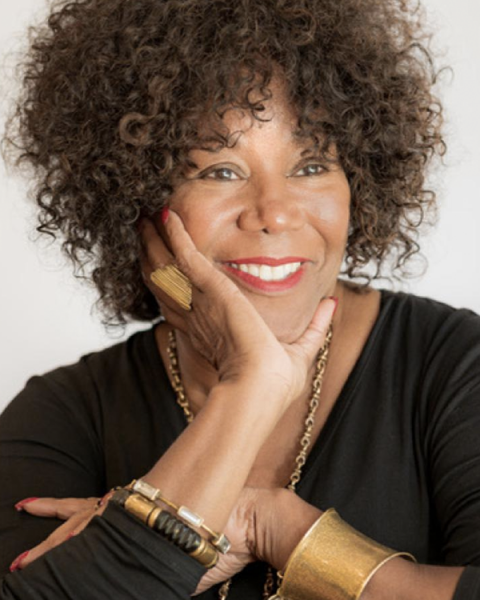 In conversation with Paula Farmer

From civil rights activist and icon Ruby Bridges comes a powerful new book, This Is Your Time—the first book from Bridges in over twenty years, released to coincide with the sixtieth anniversary of her becoming the first Black student to attend the all-white William Frantz Elementary School in New Orleans on November 14, 1960, as a six-year-old.

Inspired by the recent wave of activism for racial justice led by young people, Ruby Bridges has penned a powerful letter of encouragement to readers, recounting her experience integrating the New Orleans public school system and culminating in a call to action for a new generation of young activists and adults to unite. Ruby’s honest and impassioned words, imbued with love and grace, serve as a moving reminder that “what can inspire tomorrow often lies in our past.” This Is Your Time will electrify people of all ages as the struggle for liberty and justice for all continues and the powerful legacy of Ruby Bridges endures.

Ruby Bridges is a civil rights activist who at the age of six was the first Black student to integrate an all-white elementary school in New Orleans. She was born in Mississippi in 1954, the same year the United States Supreme Court handed down its landmark decision ordering the integration of public schools. Her family later moved to New Orleans, where on November 14, 1960, Bridges began attending William Frantz Elementary School, single-handedly initiating the desegregation of public education in New Orleans. Her walk to the front door of the school was immortalized in Norman Rockwell’s painting The Problem We All Live With, in Robert Coles’s book The Story of Ruby Bridges, and in the Disney movie Ruby Bridges. This Is Your Time is her first book in over twenty years, following the publication of her award-winning autobiography, Through My Eyes. She established the Ruby Bridges Foundation to provide leadership training programs that inspire youth and community leaders to embrace and value the richness of diversity. Bridges is the recipient of numerous awards, including the NAACP Martin Luther King Award, the Presidential Citizens Medal, and honorary doctorate degrees from Connecticut College, College of New Rochelle, Columbia University Teachers College, and Tulane University.

In addition to being a buyer and an event host and moderator for Book Passage, Paula Farmer chairs the Diversity and Inclusion Subcommittee for CALIBA. In recent years, she has been curating special panel events for Book Passage that focus on timely social and political issue such as race in America and immigration in America. Her background is in print and broadcast journalism. She recently launched a weekly interview series on Instagram where she talks to authors, artists and activists. Click here for more information on the "Speaking Of..." series or follow her @paulawritesreviews.

Below, please find links to purchase her books.

This Is Your Time (Hardcover)

Through My Eyes: Ruby Bridges (Hardcover)