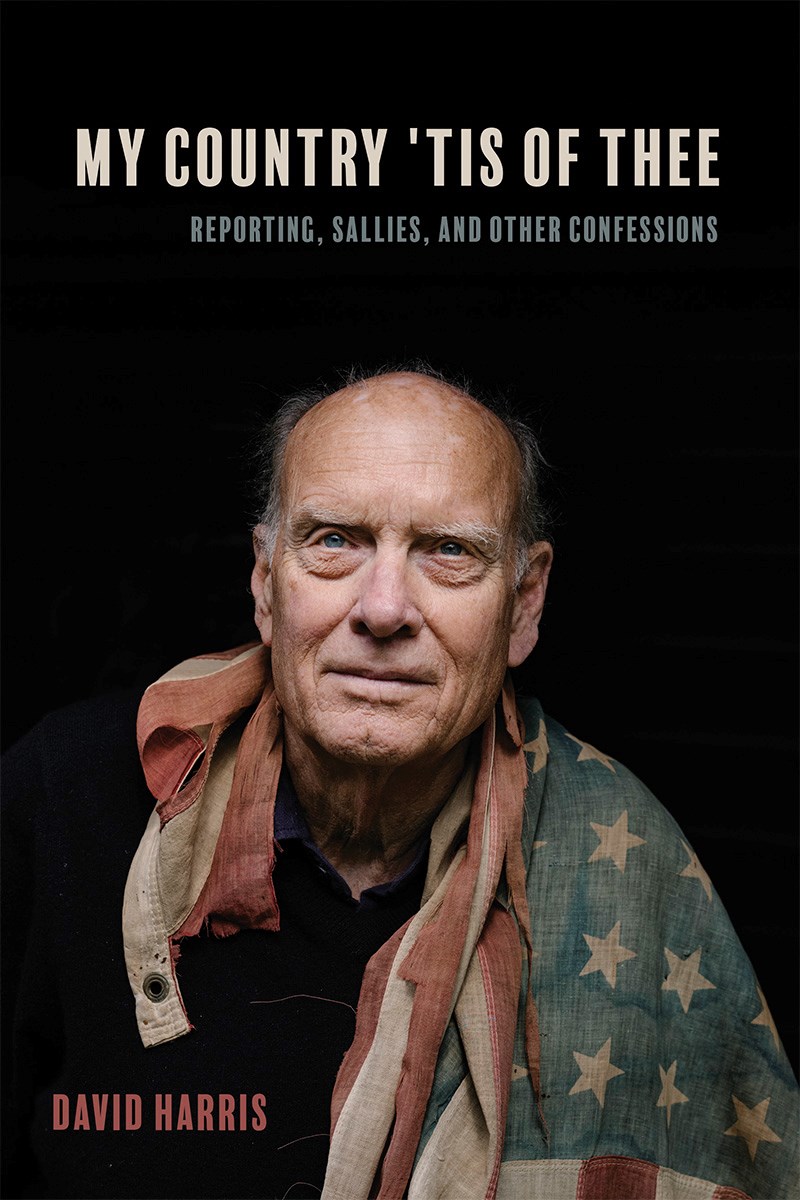 In conversation with Peter Coyote

David Harris’s newest release, My Country ‘Tis of Thee: Reporting, Sallies, and Other Confessions is a wide-ranging and incisive anthology conveying the spirit of the 1960s and '70s.

David Harris is a reporter, a clear-eyed idealist, an American dissident, and, as these selected pieces reveal, a writer of great character and empathy. Harris gained national recognition as an undergraduate for his opposition to the Vietnam War and was imprisoned for two years when he refused to comply with the draft. His writings trace a bright throughline of care for and attention to outsiders, the downtrodden, and those who demand change, and these eighteen pieces of long-form journalism, essays, and opinion writings remain startlingly relevant to the world we face today. This career-spanning collection of writings by an always-independent journalist follow Harris from his early days as a prominent leader of the resistance to the Vietnam War, through regular contributions to many publications, including Rolling Stone and the New York Times, and on into the twenty-first century.

Peter Coyote is the author of the 1960’s counter-culture memoir Sleeping Where I Fall, which received universally excellent reviews and has been in continuous print since 1999. His second book, The Rainman’s Third Cure: An Irregular Education, about mentors and the search for wisdom, was nominated as one of the top five nonfiction books published in California in 2015. His third book is forthcoming, Unmasking Your True Self (the Lone Ranger and Tonto Meet the Buddha), which combines 50 years of Buddhist practice and acting and uses masks and improv exercises to foster liberation experiences and teach people “how to get out of their own way.” Peter has performed as an actor in over 160 films for theaters and TV. He is a double Emmy-Award winning narrator of over 150 documentary films. An ordained Zen Buddhist priest and transmitted teacher, Peter is currently giving live weekly dharma talks on Facebook and preparing for a fourth book called Vernacular Buddhism.

My Country 'Tis of Thee: Reporting, Sallies, and Other Confessions (Hardcover)

Sleeping Where I Fall: A Chronicle (Paperback)