Please note: This event has been postponed due to concerns for the health and well-being of our community. For updates on this event and for additional event information, please subscribe to our e-newsletter.

In coversation with Roxanne Dunbar-Ortiz

In this landmark collection spanning three centuries and four waves of feminist activism and writing, Burn It Down! is a testament to what is possible when women are driven to the edge. The manifesto—raging and wanting, quarreling and provoking—has always played a central role in feminism, and it’s the angry, brash feminism we need now.

Collecting over seventy-five manifestos from around the world, Burn It Down! is a rallying cry and a call to action. Among this confrontational sisterhood, you’ll find 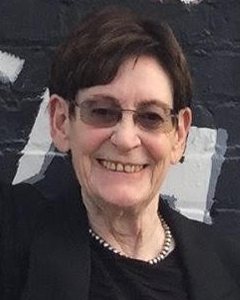 Breanne Fahs argues that we need manifestos in all their urgent rawness—their insistence that we have to act now, that we must face this, that the bleeding edge of rage and defiance ignites new and revolutionary possibilities is where new ideas are born.

Breanne Fahs is Professor of Women and Gender Studies at Arizona State University. She is the author of Performing Sex, Valerie Solanas, Out for Blood, and Firebrand Feminism, and co-editor of The Moral Panics of Sexuality and Transforming Contagion. She is the founder and director of the Feminist Research on Gender and Sexuality Group at Arizona State University, and also works as a clinical psychologist.

Roxanne Dunbar-Ortiz is a historian, writer, and professor emeritus in Ethic Studies at California State University. She is the author or editor of fifteen books, including Roots of Resistance: A History of Land Tenure in New Mexico and the literary memoir trilogy: Red Dirt: Growing Up Okie; Outlaw Woman: A Memoir of the War Years, 1960-1975; and Blood on the Border: A Memoir of the Contra War, and her award winning 2014 book, An Indigenous Peoples’ History of the United States. Her most recent book is Loaded: A Disarming History of the Second Amendment. Forthcoming is a book on the US claim to be “a nation of immigrants.”

Burn It Down!: Feminist Manifestos for the Revolution (Hardcover)