Please note: This event has been postponed. For information on a rescheduled date, please check the Marin Art & Garden Center website.

Tickets: $15 • In conversation with Kevin Alexander • A wine and cheese reception and book signing will follow the presentation
For more information, please contact (415) 455-5260

Join us for an unforgettable evening with Adam Platt at Marin Art & Garden Center on March 24th from 6:00–8:00 pm in The Studio. Platt will recount his culinary journeys and share his recent memoir, The Book of Eating: Adventures in Professional Gluttony. Local food author, Kevin Alexander, will introduce Platt and engage him in conversation. A wine and cheese reception, book sales through Book Passage, and book signing will follow the presentation.

Since the year 2000, Adam Platt has been one of the most influential, revered names in food. As restaurant critic for New York magazine, he’s spent nearly two decades popping up around town (and the globe) in his oversized black blazer under various absurd pseudonyms, marking new trends, assessing the efforts of famous and unknown chefs alike, and generally guiding the wallet-wielding diners of New York to their next great meal. In the course of this work, he’s picked up the James Beard Foundation Journalism Award for Restaurant Reviews, an assortment of friends and enemies, and a few extra inches around the waist. But where did Platt come from and how did he land “the best job of the twentieth century”?

The son of a diplomat growing up in places like Hong Kong, Taiwan, and Japan, Platt didn’t have the chance to become a picky eater. Living, traveling, and eating in some of the most far-flung locations around the world, he developed an eclectic palate and a nuanced understanding of cultures and cuisines that led to revelations that would prove important in his future career as a food critic. Providing a glimpse into a life that has intertwined food and travel in exciting and unexpected ways, The Book of Eating is a delightful and sumptuous trip that is also the culinary coming-of-age of a voracious eater and his eventual ascension to become, as he puts it, “a professional glutton.”

Adam Platt has been a contributing editor and restaurant critic for New York magazine since 2000. He won the James Beard Foundation Journalism Award for Restaurant Reviews in 2010. During the course of nearly twenty-five years in the magazine business, Platt has written for a variety of publications, including The New Yorker, The New York Observer, Esquire, and Condé Nast Traveler. He lives in Greenwich Village with his wife and two pizza-loving daughters. 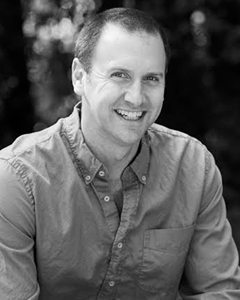 Kevin Alexander is a James Beard Award-winning food journalist, recipient of the Society of Professional Journalist’s Mark of Excellence Award, and Thrillist’s National Writer-at-large with a focus on the restaurant industry. His work has appeared in Esquire, Elle, Men’s Journal, The New Republic, and The Boston Globe; and he is a 2018 Association of Food Journalists award winner. Kevin was born in Texas, grew up in New England, and now lives in Marin County.

The Marin Art & Garden Center is an 11-acre historic property that is open to the public year-round with programs in the arts, gardens, and conservation. Located at 30 Sir Francis Drake Boulevard in Ross, MAGC is accessible by public transportation and there is limited free parking. MAGC is a 501(c)3 nonprofit organization supported by private contributions. For more information, visit www.magc.org.

The Book of Eating: Adventures in Professional Gluttony (Hardcover)

Burn the Ice: The American Culinary Revolution and Its End (Hardcover)