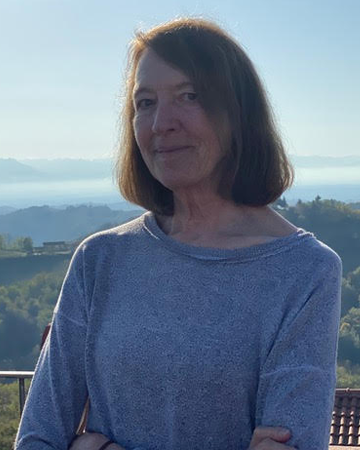 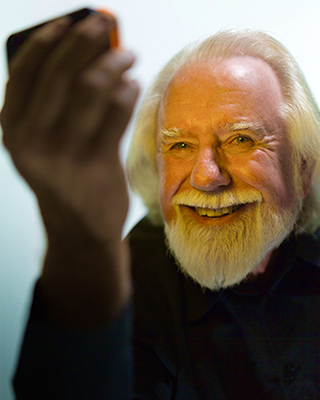 BUY THE BOOK  WATCH HERE
SUBSCRIBE TO OUR E-NEWSLETTER
Please note: This event will now be broadcast live and does not require registration to attend. To view, please click the "Watch Here" button at the time of the event, or subscribe to our e-newsletter to receive a ten-minute reminder.

The pixel as the organizing principle of all pictures, from cave paintings to Toy Story. The Great Digital Convergence of all media types into one universal digital medium occurred, with little fanfare, at the recent turn of the millennium. The bit became the universal medium, and the pixel—a particular packaging of bits—conquered the world. Henceforward, nearly every picture in the world would be composed of pixels—cell phone pictures, app interfaces, Mars Rover transmissions, book illustrations, videogames. In A Biography of the Pixel, Pixar cofounder Alvy Ray Smith argues that the pixel is the organizing principle of most modern media, and he presents a few simple but profound ideas that unify the dazzling varieties of digital image making.

Smith's story of the pixel's development begins with Fourier waves, proceeds through Turing machines, and ends with the first digital movies from Pixar, DreamWorks, and Blue Sky. Today, almost all the pictures we encounter are digital—mediated by the pixel and irretrievably separated from their media; museums and kindergartens are two of the last outposts of the analog. Smith explains, engagingly and accessibly, how pictures composed of invisible stuff become visible—that is, how digital pixels convert to analog display elements. Taking the special case of digital movies to represent all of Digital Light (his term for pictures constructed of pixels), and drawing on his decades of work in the field, Smith approaches his subject from multiple angles—art, technology, entertainment, business, and history. A Biography of the Pixel is essential reading for anyone who has watched a video on a cell phone, played a videogame, or seen a movie.

Alvy Ray Smith cofounded Pixar and Altamira Software. He was the first Director of Computer Graphics at Lucasfilm and the first Graphics Fellow at Microsoft. He has received two technical Academy Awards for his contribution to digital moviemaking technology.

Barbara Robertson was a senior editor at Computer Graphics World for twenty-five years, and continues working with them and others as a freelance writer. Prior to that, she was the editor and research director for Stewart Brand’s Whole Earth Software Catalog and held editorial positions at two personal computer magazines. As a freelance writer, her articles have appeared in Variety, 3D World, CG Society, Film & Video (Studio Daily), Cinefex, Animation Magazine, VFX Voice, Post, The San Francisco Chronicle, and many other publications and websites. She has written two books, The Art of Madagascar 3 and The Art of Penguins of Madagascar, and her travel essays have appeared in several anthologies. She has led panels, moderated conferences, and served on film festival juries. Her writing awards include an Eddy, two Outstanding Article Awards and an honorable mention from the American Society of Journalists and Authors, the Jesse H. Neal National Business Journalism Award, two Solas Gold National Travel Writers Awards, a fellowship to the Book Passage Mystery Writers Conference, and a Humane Issues Award from the Dog Writers Association for an article in The Bark magazine.

A Biography of the Pixel (Leonardo) (Paperback)