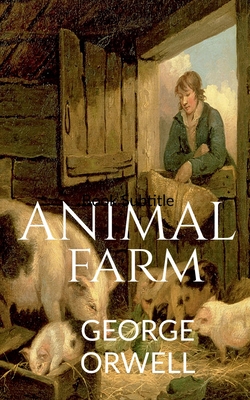 Animal Farm was published on the heels of World War II, in England in 1945 and in the United States in 1946. George Orwell wrote the book during the war as a cautionary fable in order to expose the seriousness of the dangers posed by Stalinism and totalitarian government. Orwell faced several obstacles in getting the novel published. First, he was putting forward an anti-Stalin book during a time when Western support for the Soviet Union was still high due to its support in Allied victories against Germany. Second, Orwell was not yet the literary star he would quickly become. For those reasons, Animal Farm appeared only at the war's end, during the same month that the United States dropped atomic bombs on Hiroshima and Nagasaki. The tragically violent events of the war set the stage well for Orwell's fictional manifesto against totalitarianism.

Animal Farm was Orwell's first highly successful novel (the second being 1984), and it helped launch him out of the minor fame of an essayist into the stratosphere of acclaimed fiction. Despite publishers' initial hesitance toward the book, the public in both Britain and the United States met it with enthusiasm. In the United States alone, it sold 600,000 copies in four years. Animal Farm was translated into many languages, proving its universal reach.