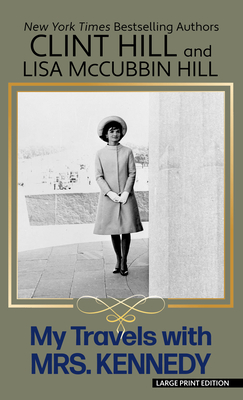 The #1 New York Times bestselling authors of Mrs. Kennedy and Me reveal never-before-told stories of Secret Service Agent Clint Hill's travels with Jacqueline Kennedy through Europe, Asia, and South America. Featuring more than two hundred rare and never-before-published photographs. Sparked by long-forgotten gifts and memorabilia discovered in an old trunk, the now ninety-year-old Hill reminisces about private moments, shared laughs, and crazy adventures with one of the world's most iconic women during her time as First Lady and the excruciating year following the assassination of her husband. After all, he notes that "when you travel with someone...you experience things that can't be fully appreciated by anyone who wasn't there.