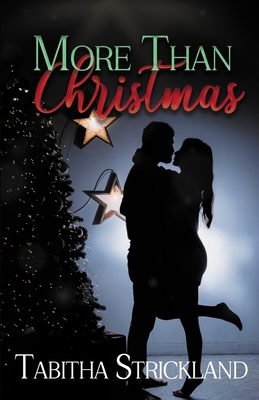 Ivy Holly Moore finds herself a widowed, single mother after her husband, Aaron, is killed while on duty. She thinks she's coping well until her son, Gavin, asks Santa for an impossible gift. When Santa fails to deliver, Gavin loses his faith, but a gift left for her restores Ivy's. With Gavin's acceptance into a private school, Ivy has to find some way to pay for the tuition. Encouraged by Aaron's former partner, Alex, she puts out an advertisement to rent out the attic room she and Aaron never moved into.

Aldwin Nicholas Claus is struggling to develop the powers needed to take up his father's mantle as Santa. In a last ditch attempt to make them manifest, he needs to restore the faith of a child who lost their's too soon. When the magic draws him to Gavin's letter, he knows the future of his legacy awaits him in the small town of Ostcrest, Kansas.

What happens when the son of Santa finds himself on the door-step of a family fractured by grief? Will he find a way to get through to the child who has cocooned himself safely in logic and reason? Can Ivy let go of the grief of losing her husband? Will Gavin finally receive the gift he's been longing for? When cupids get involved, it becomes about far more than Christmas.