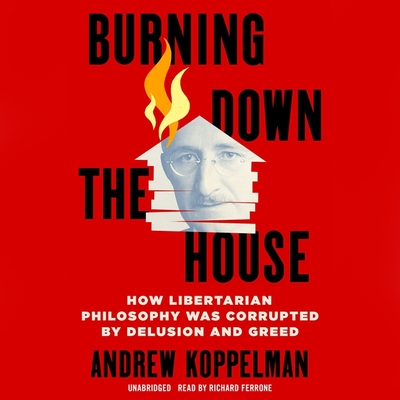 A lively history of American libertarianism and its decay into dangerous fantasy.

In 2010 in South Fulton, Tennessee, each household paid the local fire department a yearly fee of $75.00. That year, Gene Cranick's house accidentally caught fire. But the fire department refused to come because Cranick had forgotten to pay his yearly fee, leaving his home in ashes. Observers across the political spectrum agreed―some with horror and some with enthusiasm―that this revealed the true face of libertarianism. But libertarianism did not always require callous indifference to the misfortunes of others.

Modern libertarianism began with Friedrich Hayek's admirable corrective to the Depression-era vogue for central-economic planning. It resisted oppressive state power. It showed how capitalism could improve life for everyone. Yet today, it's a toxic blend of anarchism, disdain for the weak, and rationalization for environmental catastrophe. Libertarians today accept new, radical arguments that crumble under scrutiny; justify dishonest business practices; and promote COVID-19 deniers, which includes many who refuse to wear masks in the name of freedom.

Andrew Koppelman's audiobook traces libertarianism's evolution from Hayek's moderate pro-market ideas to the romantic fabulism of Murray Rothbard, Robert Nozick, and Ayn Rand, as well as Charles Koch's promotion of climate change denial. Burning Down the House is the definitive history of an ideological movement that has reshaped American politics.