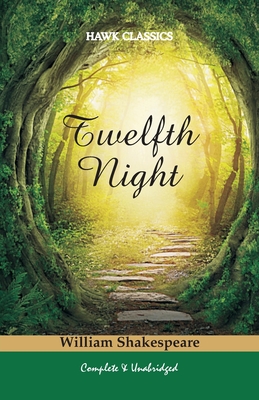 One of the best-loved comedies ever written, Twelfth Night is perhaps Shakespeare's most lyrical as well as most experimental play. It revolves around the physical likeness between Sebastian and his twin sister, Viola, each of whom, when separated after a shipwreck, believes the other to be dead. Filled with some of the finest comedic scenes in the English language, this entertaining masterpiece remains one of Shakespeare's most popular and most performed comedies.

William Shakespeare, also known as the "Bard of Avon," is often called England's national poet and considered the greatest dramatist of all time. Shakespeare's works are known throughout the world. Shakespeare was born and raised in Stratford-upon-Avon.

His surviving works consist of 38 plays, 154 sonnets, two long narrative poems, and several other poems. His plays have been translated into every major living language, and are performed more often than those of any other playwright.