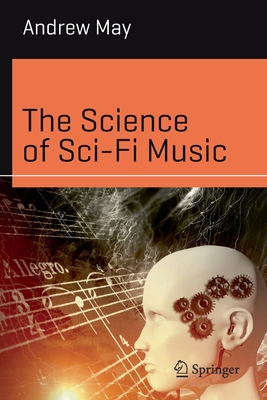 The 20th century saw radical changes in the way serious music is composed and produced, including the advent of electronic instruments and novel compositional methods such as serialism and stochastic music. Unlike previous artistic revolutions, this one took its cues from the world of science.

Creating electronic sounds, in the early days, required a well-equipped laboratory and an understanding of acoustic theory. Composition became increasingly "algorithmic", with many composers embracing the mathematics of set theory. The result was some of the most intellectually challenging music ever written - yet also some of the best known, thanks to its rapid assimilation into sci-fi movies and TV shows, from the electronic scores of Forbidden Planet and Dr Who to the other-worldly sounds of 2001: A Space Odyssey.

This book takes a close look at the science behind science fiction music, as well as exploring the way sci-fi imagery found its way into the work of musicians like Sun Ra and David Bowie, and how music influenced the science fiction writings of Philip K. Dick and others.

Andrew May obtained a PhD in astrophysics from the University of Manchester in 1982 and is an experienced and versatile professional, with a career spanning academia, government and private industry. Since 2011 he has been working as a freelance writer and defence consultant. He has a wide range of interests and has written both authoritatively and entertainingly on the physical sciences, military technology, British history, science fiction, New Age beliefs and the paranormal. He has recently published Pseudoscience and Science Fiction (2017), Rockets and Ray Guns: The Sci-Fi Science of the Cold War (2018) and Fake Physics: Spoofs, Hoaxes and Fictitious Science (2019) with Springer.