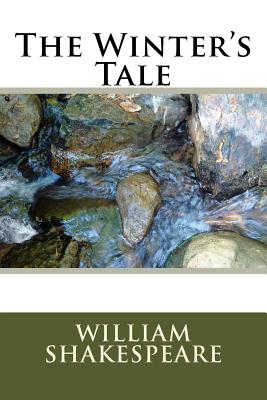 The Winter's Tale, one of Shakespeare's very late plays, is filled with improbabilities. Before the conclusion, one character comments that what we are about to see, "Were it but told you, should be hooted at / Like an old tale." It includes murderous passions, man-eating bears, princes and princesses in disguise, death by drowning and by grief, oracles, betrayal, and unexpected joy. Yet the play, which draws much of its power from Greek myth, is grounded in the everyday. A "winter's tale" is one told or read on a long winter's night. Paradoxically, this winter's tale is ideally seen rather than read-though the imagination can transform words into vivid action. Its shift from tragedy to comedy, disguises, and startling exits and transformations seem addressed to theater audiences. The authoritative edition of The Winter's Tale from The Folger Shakespeare Library, the trusted and widely used Shakespeare series for students and general readers, includes: -Freshly edited text based on the best early printed version of the play -Full explanatory notes conveniently placed on pages facing the text of the play -Scene-by-scene plot summaries -A key to the play's famous lines and phrases -An introduction to reading Shakespeare's language -An essay by a leading Shakespeare scholar providing a modern perspective on the play -Fresh images from the Folger Shakespeare Library's vast holdings of rare books -An annotated guide to further reading Essay by Stephen Orgel The Folger Shakespeare Library in Washington, DC, is home to the world's largest collection of Shakespeare's printed works, and a magnet for Shakespeare scholars from around the globe. In addition to exhibitions open to the public throughout the year, the Folger offers a full calendar of performances and programs. For more information, visit Folger.edu.

William Shakespeare was an English poet, playwright and actor, widely regarded as the greatest writer in the English language and the world's pre-eminent dramatist. He is often called England's national poet and the "Bard of Avon".