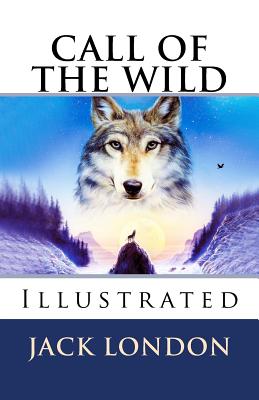 The Call of the Wild is a novel by American writer Jack London. The plot concerns a previously domesticated and even somewhat pampered dog named Buck, whose primordial instincts return after a series of events finds him serving as a sled dog in the treacherous, frigid Yukon during the days of the 19th century Klondike Gold Rushes. Published in 1903, The Call of the Wild is one of London's most-read books, and it is generally considered one of his best. Because the protagonist is a dog, it is sometimes classified as a juvenile novel, suitable for children, but it is dark in tone and contains numerous scenes of cruelty and violence. London followed the book in 1906 with White Fang, a companion novel with many similar plot elements and themes as The Call of the Wild, although following a mirror image plot in which a wild wolf becomes civilized by a mining expert from San Francisco named Weedon Scott. * * * BUCK did not read the newspapers, or he would have known that trouble was brewing, not alone for himself, but for every tide-water dog, strong of muscle and with warm, long hair, from Puget Sound to San Diego. Because men, groping in the Arctic darkness, had found a yellow metal, and because steamship and transportation companies were booming the find, thousands of men were rushing into the Northland. These men wanted dogs, and the dogs they wanted were heavy dogs, with strong musc-les by which to toil, and furry coats to protect them from the frost. Buck lived at a big house in the sun-kissed Santa Clara Valley. Judge Miller's place, it was called. It stood back from the road, half hidden among the trees, through which glimpses could be caught of the wide cool veranda that ran around its four sides. The house was approached by gravelled driveways which wound about through widespreading lawns and under the interlacing boughs of tall poplars. At the rear things were on even a more spacious scale than at the front. There were great stables, where a dozen grooms and boys held forth, rows of vineclad servants' cottages, an endless and orderly array of outhouses, long grape arbors, green pastures, orchards, and berry patches. Then there was the pumping plant for the artesian well, and the big cement tank where Judge Miller's boys took their morning plunge and kept cool in the hot afternoon.

John Griffith London (1876-1916) was born in San Francisco of an unmarried mother of wealthy background, Flora Wellman. His father may have been William Chaney, a journalist, lawyer, and major figure in the development of American astrology. Because Flora was ill, Jack was raised through infancy by an ex-slave, Virginia Prentiss, who would remain a major maternal figure while the boy grew up. Late in 1876, Flora married John London, a partially disabled Civil War veteran. The family moved around the Bay area before settling in Oakland, where Jack completed grade school. Though the family was working class, it was not so impoverished as London's later accounts claimed. As an adolescent, the boy adopted the name of Jack. He worked at various hard labor jobs, pirated for oysters on San Francisco Bay, served on a fish patrol to capture poachers, sailed the Pacific on a sealing ship, joined Kelly's Army of unemployed working men, hoboed around the country, and returned to attend high school at age 19. In the process, he became acquainted with socialism and was known as the Boy Socialist of Oakland for his street corner oratory. He would run unsuccessfully several times on the socialist ticket as mayor. Always a prolific reader, he consciously chose to become a writer to escape from the horrific prospects of life as a factory worker. He studied other writers and began to submit stories, jokes, and poems to various publications, mostly without success.