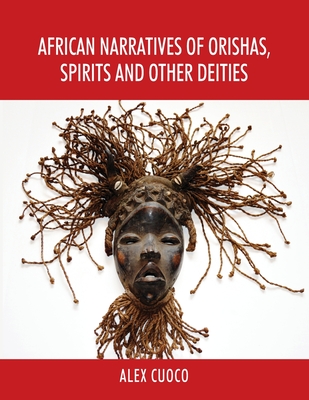 Stories from West Africa and the African Diaspora: a journey into the realm of deities, spirits, mysticism, spiritual roots and ancestral wisdom. Acknowledging that the Yor b are one of the largest and most important groups of people in West Africa, apart from its value as a cultural treasure, African Narratives of Orishas, Spirits and Other Deities will delight the readers with its wealth of information on Yor b Orisha, Vodun, and Nkisi religious beliefs which are told in a spirited form with humor and poetry. Every page reveals different deeds and aspects of Yor b deities known as r ṣ , as well as a number of spirits and other deities. This stunning collection of 352 narratives showcases the diversity of Yor b r ṣ culture and evokes divine ṣẹ power. It gives West African deities their much deserved respect and place in world culture. Alex Cuoco specifically kept the texts in this collection of narratives and supporting topics, in a non-academic format to afford the reader a free flow of thought without interruptions to check notes. He chose to use simple language throughout the book to make the texts understandable and valuable to the general reader, as well as, making it a great contribution to the informed. The narratives of Orishas, spirits and other deities and all other supporting topics in chapters 3-4 examine r ṣ , Vodun, and spirit beliefs in cultures in Nigeria, Republic of Benin, Togo, Ghana, as well as, the Angola-Congo Nkisi deities, thus creating a cross-cultural foundation for spiritual learning and gaining of wisdom and knowledge. (It contains an extensive Yor b glossary)

An extensive compilation for enthusiasts of African Studies, Mythology, Religion, and Mysticism