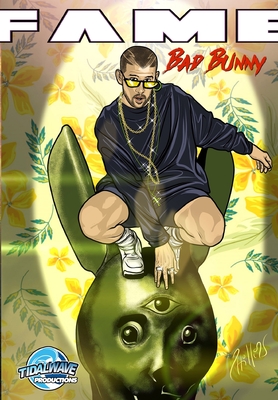 A QUICK BACKGROUND, FOR THE UNINITIATED: Bad Bunny is, without a doubt, the most popular entertainer in the world. In 2020, Spotify revealed that Bad Bunny was the most popular artist on their service- and that's BEFORE the release of his THIRD album of that year, "El Ultimo Tour Del Mundo." In the month of December, fans streamed Bad Bunny's songs more than 600 million times on Spotify, and another 500 million times on YouTube. Bad Bunny is currently a featured character in the WWE universe, who is currently UNDEFEATED at Wrestlemania-- the franchise's most-watched event. This biographical graphic novel explores how a nerdy grocery store clerk from Vega Baja, Puerto Rico became a cross-cultural sensation.

The biographical comic series has drawn a firestorm of media attention, including features on "The Today Show" CNN, MSNBC and FOX News, and in BillBoard, Rolling Stone and People magazines.