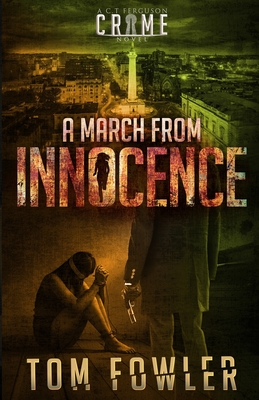 A troubled girl has disappeared. Finding her may cost him his life.

When you're a sought-after PI like C.T. Ferguson, there's no such thing as a day off.

So his romantic Hawaiian getaway is interrupted when a frantic woman calls, desperate to locate her missing niece. But when he learns of the girl's involvement with drugs and escort work, he fears his investigation may already be over.

Following the clues from the pimp-ridden neighborhoods of Baltimore to rural Maryland, C.T. uncovers a sordid trail of exploitation and corruption. And when the justice system ignores a twisted cabal preying on young girls, he vows to bust it open no matter the cost.

Can the determined P.I. take down a gang of monstrous criminals before he's eliminated?

A March from Innocence is the sixth standalone novel in the gripping C.T. Ferguson mystery series.