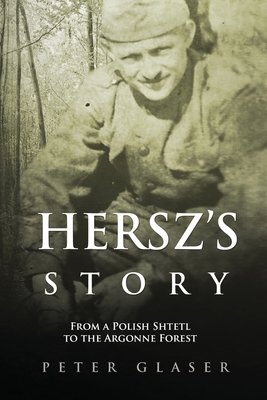 Born into a late nineteenth century Polish shtetl, teenager Hersz Glaser flees pogroms and conscription into the Russian army and makes his way by foot, rail and ocean liner to New York City, where he struggles to gain a foothold on the Lower East Side. In an ironic trick of fate, having started a business and made it to Brooklyn, he is drafted into the U.S. army and sent back to Europe during WWI, where he experiences horrors far worse than those from which he fled.

A deeply researched work of history, Hersz's Story takes the reader from the world of a traditional Orthodox Jew through the protagonist's journey to America and his early 20th century immigrant life on the Lower East Side and Brooklyn, and follows him as he fights for his new country in the Great War.