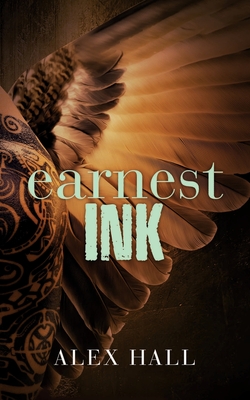 While twenty-year-old FTM Hemingway is making an excellent living as a tattoo artist in a near-future version of Hell's Kitchen, the rest of the country is splintered and struggling in the wake of a war gone on for too long. Technology has collapsed, borders rise and fall overnight, and magic has awakened without rhyme, reason, or rule, turning average unwitting citizens into wielders of strange and specific strands of magic.

Hemingway's particular brand of magic has made him a household name. Not only is he a talented artist, but his work comes to life. Literally.

When NYC's most infamous serial killer--the East River Ripper--abducts Hemingway's best friend, Grace, he has only days to save her. Hemingway teams up with his stoic cop roommate to hunt for the killer and rescue Grace before she becomes the Ripper's latest victim. But as the duo chase clues to the serial killer's identity, Hemingway begins to fear the magic he and the Ripper share might eventually corrupt him too.