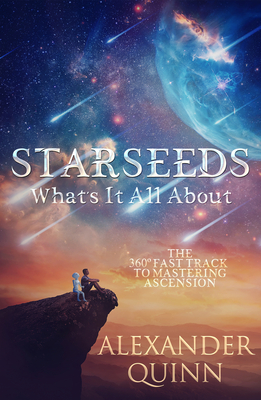 In the 1960s, legendary hypnotherapist Dolores Cannon began working with patients who had smoking and eating issues. When taken deep into their subconscious, a surprising thing happened. No matter their class, creed, or religion, clients from all over the world kept saying the same thing:

“I came here to raise Earth’s vibration." Upon returning to full consciousness this was something of a confusion to people at the time especially prior to crossing the great marker in 2012 when earth moved into a much higher photonic area of the cosmos changing the magnetics and many other elements that trigger our DNA and consciousness.

This book acts as a 360 degree dot-connector, giving a beginner to master level explanation of the Starseed phenomenon, which is currently exploding globally and where it has developed since. It links together various information and insights spiritually, metaphysically, and scientifically so that the phenomenon can be broken down into disparate parts and understood from a unique vantage point as a connected whole. This book offers the why, who, how, when, and where. For a very long-time humanity has been kept in the dark about its spiritual and cosmic inheritance. Who would do such a thing and what would they gain from such an endeavor? In an age of lies everything has become a conspiracy theory and the truth is far stranger than fiction. We are not having a global awakening, but a remembrance of who we really are, a return to our true selves. We are from the stars, and we are not alone.

Alexander Quinn works as a spiritual/metaphysical coach and is a leading voice in the Starseed community, helping people connect to the power within and become their true multidimensional self.