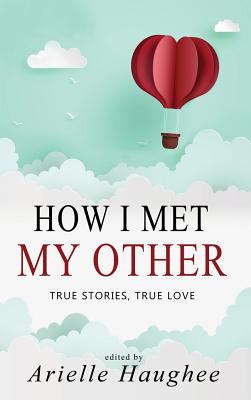 Learn about all the twists, turns, and fun of falling in love with this unforgettable true story anthology.

People find the warmth of love in Antarctica. An obsession with blondes lands the big one. Squashing a guitar case leads to a blanket fort date. A soldier works to snag a sassy WWII nurse. A revenge date gets serious. Spaghetti reels someone in and they never go home again. And much, much more

Love can come at the most surprising times and in the most unexpected places. In this short story collection, fifteen authors share their incredible, heart-warming, and often hilarious true tales of how they met their other.

**A Closer Look into Some of the Stories**

A Rose Frozen in Time, by Michelle Tweed - In the constant darkness and cold of Antarctica, Michelle is busy with work at McMurdo Station and doesn't have time for any distractions. That is until she meets Brandon and the two go on a beautiful journey among the snow-covered volcanoes and crystallized ice formations.

Love in Marabella, by Racquel Henry - Michael knows exactly what he wants, one of the beautiful Revanales sisters, Deborah. But in their religious culture in Trinidad, he is not allowed to date her. He soon devises a plan to have Deborah work for him and hopes that her disapproving mother won't keep them apart. Michael must figure out how to woo Deborah and make her his while facing mounting opposition.

Cute Hat Boy and the Weird Girl - Paige has always thought of herself as awkward, but never more so when she sits on the cute boy's guitar case, crushing his instrument. Somehow the pair still connect and he invites her over to try artichokes, a food Paige has never eaten and is sure to make a fool of her, again. Paige must figure out how to play it cool but still be herself when the date progresses to its grand finale: blanket forts.

Eddie and Me, by Bob Bellam - After a crushing heartbreak, Bob is determined never to commit to another man so easily again. But then the sun shines down on a gorgeous man on a cruise ship and Bob is drawn like a magnet. Eddie is fun, smart, and caring and spends months showing Bob how deeply he feels for him. When a sudden medical emergency stops Bob in his tracks, he is forced to confront what really matters in his life.

All I Did Was Open the Door, by Melody Groves - Blonds. Melody's obsession takes center stage while she is living on base overseas, enjoying the plethora of soldiers. Then the perfect blond man walks through her door and she will do whatever it takes to have him as her own, shoving aside all the competition.

In the Cards, by Cheryl Dougherty - After losing her beloved husband, Cheryl thinks she will never want another man again. When her support group starts dating online, she initially thinks it's a dangerous idea, but when she finds herself missing companionship she gives it a shot. She's in for a big surprise when she realizes who is her best match.

Never Feed Spaghetti to a Stray, by Valerie Willis - Valerie is sick of guys who aren't interested in the real thing when Justin stumbles into her life. She offers him spaghetti and he loves it so much he doesn't go home that night. In fact, he keeps coming back for more every night. But what does all that mean? Is it real love?

Amazing Grace, by John Hope - Bud wakes up in a military hospital to find himself under the care of sassy nurse, Louise. When he sneaks out to a bar one night, he is delighted to find her there but she isn't so easily swayed by the rule-breaker. Bud must show his genuine care for Louise or she will think he's just another Joe chasing the nurses.