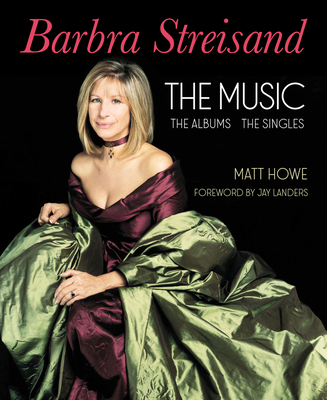 On February 25, 1963, Columbia Records released The Barbra Streisand Album. The first song was “Cry Me a River,” and with that a star was born. Barbra Joan Streisand had a zany personality backed by a talent that Stephen Sondheim once described as “one of the two or three best voices in the world of singing songs,” adding “It’s not just her voice but her intensity, her passion and control.” Harold Arlen, another of her favorite composers, commented, ”This young lady . . . has a stunning future.” With all-male rock groups like the Beatles, the Beach Boys, and the Four Seasons ruling the charts, no one expected a twenty-year-old female singer from Brooklyn to not just hit No. 1, but repeat that accomplishment every decade that followed all the way to the next millennium and become the best-selling female recording artist of all time. Now, for the first time ever, comes the definitive book on the extensive recording career of this towering cultural icon, the Funny Girl considered by many to be the most talented singer of her generation. Barbra Streisand: The Albums | The Singles | The Music takes readers on a journey through every album, soundtrack, and single Streisand has released

Matt Howe created Barbra Archives, an unofficial website he maintains that is all about Barbra Streisand’s decades-long career, in 2003. Barbra Archives has become the go-to site for the Streisand fan community wishing to learn more about her albums, movies, and concerts. Matt’s encyclopedic knowledge of Miss Streisand’s accomplishments even prompted her to joke that he knows more about her career than she does! Since 2006, Matt has assisted her team with photo research and fact-checking for concerts and appearances.

"Anyone wishing to take a deep dive into the remarkable catalog of the most celebrated female singer of all time, should look no further than to Barbra Streisand: The Music, The Albums, The Singles. It’s a fascinating exploration into the who-what-when-where-and-how “The Greatest Star” assembled her unparalleled body of work." —Jay Landers, Barbra Streisand's A&R/Executive Producer