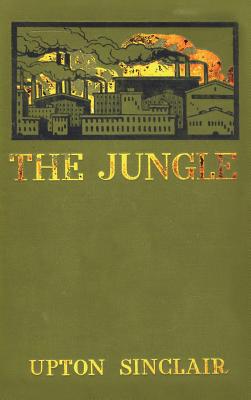 By Upton Sinclair
for information about purchasing this book, please contact orders@bookpassage.com

The Jungle is a 1906 novel written by the Pulitzer Prize winning journalist Upton Sinclair (1878-1968). Upton Sinclair wrote the novel to portray the changing lives of immigrants traveling to the United States and landing in Chicago or other industrialized cities.

Sinclair exposed shocking government and business corruption in this 1906 best seller. He worked undercover in the meatpacking Chicago stockyards to describe in true detail the horrific conditions among workers and the food they produced.

His work, intended as a message to promote socialism, instead caused changes in the food industry with laws signed by Theodore Roosevelt as the Pure Food and Drug Act and the Meat Inspection Act. "I aimed at the public's heart," Sinclair wrote, "and by accident hit its stomach."