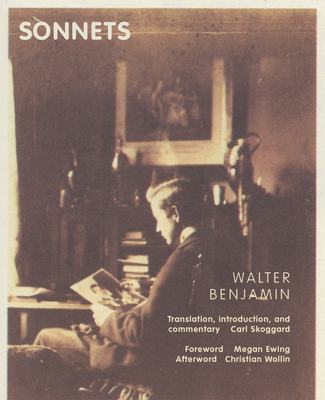 As the Third Reich advanced on Paris, Walter Benjamin entrusted his writings to the philosopher George Bataille. These eighty religious, lyric sonnets, produced in Benjamin's twenties in a sustained response to the suicide of his college friend in protest of the First World War, were among those writings. This first English translation, a bilingual edition, features extensive context and commentary.

Walter Benjamin, (born July 15, 1892, Berlin, Ger.--died Sept. 27, 1940, near Port-Bou, Spain) man of letters and aesthetician, now considered to have been the most important German literary critic in the first half of the 20th century. Carl Skoggard lives in Ghent, New York, and is a celebrated German translator and former editor and contributor to Nest: A Quarterly of Interiors, an influential magazine of design and style.