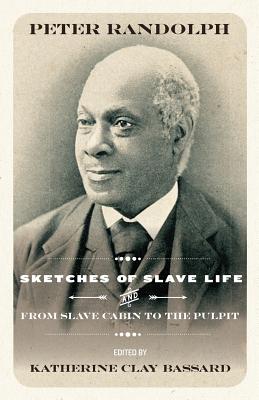 This book is the first anthology of the autobiographical writings of Peter Randolph, a prominent nineteenth-century former slave who became a black abolitionist, pastor, and community leader.

Randolph’s story is unique because he was freed and relocated from Virginia to Boston, along with his entire plantation cohort. A lawsuit launched by Randolph against his former master’s estate left legal documents that corroborate his autobiographies.

Randolph's writings give us a window into a different experience of slavery and freedom than other narratives currently available and will be of interest to students and scholars of African American literature, history, and religious studies, as well as those with an interest in Virginia history and mid-Atlantic slavery.

Peter Randolph (1825e–1897) was born enslaved in Prince George County, Virginia. Randolph was freed upon his master’s death along with the entire plantation workforce. In 1847, sixty-six newly freed men, women, and children made the journey to begin life anew in Boston.

Katherine Clay Bassard is professor of English and interim associate dean for Faculty Affairs in the College of Humanities and Sciences at Virginia Commonwealth University. She is the author of Spiritual Interrogations: Culture, Gender, and Community in Early African American Women's Writing and Transforming Scriptures: African American Women Writers and the Bible, along with numerous articles on gender, race, and religion in literature.

"Readers will benefit not only from having Randolph’s texts available to them in this new form, but also from the critical interventions and extensive knowledge that Bassard’s introduction offers to various literary and historical fields."
—P. Gabrielle Foreman, University of Delaware