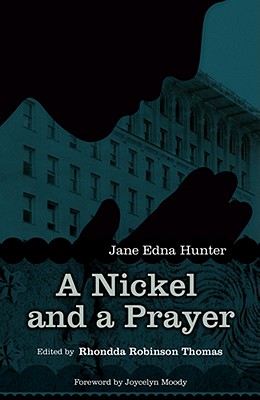 Virtually unknown outside of her adopted hometown of Cleveland, Ohio, Jane Edna Harris Hunter was one of the most influential African American social activists of the early-to mid-twentieth century. In her autobiography A Nickel and a Prayer, Hunter presents an enlightening two-part narrative that recollects her formative years in post-Civil War South and her activist years in Cleveland. First published in 1940, Hunter’s autobiography recalls a childhood filled with the pleasures and pains of family life on the former plantation where her ancestors had toiled, adventures and achievements in schools for African American children, tests and trials during her brief marriage, and recognition and respect while completing nursing training and law school. When sharing the story of her life as an activist, Hunter describes the immense obstacles she overcame while developing an interracial coalition to support the Phillis Wheatley Association and nurturing its growth from a rented home that provided accommodation for twenty-two women to a nine-story building that featured one hundred and thirty-five rooms.
This new and annotated edition of A Nickel and a Prayer includes the final chapter, “Fireside Musings,” that Hunter added to the second, limited printing of her autobiography and an introduction that lauds her as a multifaceted social activist who not only engaged in racial uplift work, but impacted African American cultural production, increased higher education opportunities for women, and invigorated African American philanthropy. This important text restores Jane Edna Harris Hunter to her rightful place among prominent African American race leaders of the twentieth century.

Jane Edna Harris Hunter (1882-1971) founded the Phillis Wheatley Association (PWA), an organization that offered housing, job training, and recreational activities to thousands of black women and girls who sought better opportunities in the North during the Great Migration. She gained recognition through her work at the PWA, National Association of Colored Women, National Association for the Advancement of Colored People, Ohio Federation of Colored Women’s Clubs, and the Republican Party. Rhondda Robinson Thomas is Assistant Professor in the Department of English at Clemson University in Clemson, South Carolina, where she teaches African American and Early American Literature.