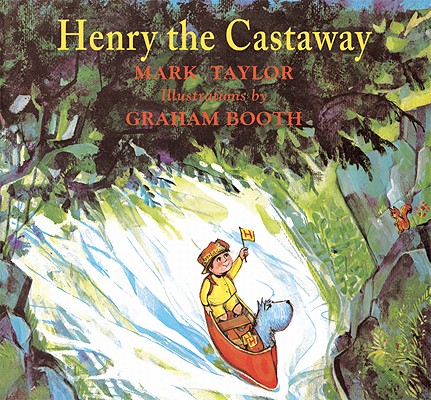 By Mark Taylor, Graham Booth (Illustrator)
Out of Print

Henry and his dog, Laird Angus McAngus, were fearless explorers. One morning they set out to find an ocean. They took along Henry's explorer's kit and a special new flag made from an old shirt.

"It may be a long and dangerous trip," Henry told his mother as they left.

"Who knows?" replied Henry. "It could take a year "

And it might have. For like many explorers of oceans, Henry and Angus were cast up on an island with no way to escape. But good explorers are prepared for everything, and these two proved more than equal to the dangers they met, though there were some tough moments.