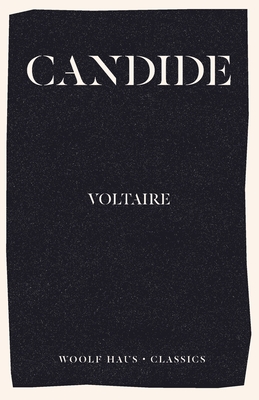 Voltaire's philosophical tale, in part an ironic attack on the optimistic thinking of such figures as G. W. Leibniz and Alexander Pope, has proved enormously influential over the years - and has come to be regarded as one of the key texts of the Enlightenment.

Candide recounts the fantastically improbable travels, adventures, and misfortunes of the young Candide, his beloved Cun gonde, and his devoutly optimistic tutor, Pangloss. Endowed at the start with good fortune and every prospect for happiness and success, the characters nevertheless encounter every conceivable misfortune.

"Voltaire's radicalism, then and now, lies not in his refutation of optimism but in his refusal of belief." -- The New Yorker

"This philosophical tale may be described as an attack on Leibnitzian optimism - and, more broadly, on all prepackaged systems of thought and belief." -- The Guardian

"Voltaire's overriding lifetime message was a plea for tolerance, justice and free thought ... 'Dare to think for yourself, outside of conformity and orthodoxy.'" -- The New York Times