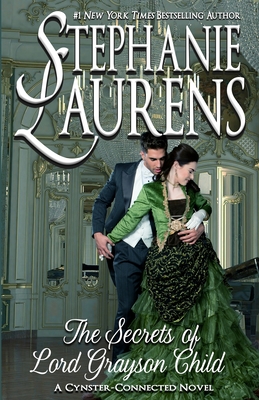 A jilted noblewoman forced into a dual existence half in and half out of the ton is unexpectedly confronted by the nobleman who left her behind ten years ago, but before either can catch their breaths, they trip over a murder and into a race to capture a killer.

Lord Grayson Child is horrified to discover that The London Crier, a popular gossip rag, is proposing to expose his extraordinary wealth to the ton's matchmakers, not to mention London's shysters and Captain Sharps. He hies to London and corners The Crier's proprietor-only to discover the paper's owner is the last person he'd expected to see.

Izzy-Lady Isadora Descartes-is flabbergasted when Gray appears in her printing works' office. He's the very last person she wants to meet while in her role as owner of The Crier, but there he is, as large as life, and she has to deal with him without giving herself away She manages-just-and seizes on the late hour to put him off so she can work out what to do.

But before leaving the printing works, she and he stumble across a murder, and all hell breaks loose.

Izzy can only be grateful for Gray's support as, to free them both of suspicion, they embark on a joint campaign to find the killer.

Yet working side by side opens their eyes to who they each are now-both quite different to the youthful would-be lovers of ten years before. Mutual respect, affection, and appreciation grow, and amid the chaos of hunting a ruthless killer, they find themselves facing the question of whether what they'd deemed wrecked ten years before can be resurrected.

Then the killer's motive proves to be a treasonous plot, and with others, Gray and Izzy race to prevent a catastrophe, a task that ultimately falls to them alone in a situation in which the only way out is through selfless togetherness-only by relying on each other will they survive.

Praise for The Secrets of Lord Grayson Child

"This full-bodied novel should please all long-time fans of novels about romance and intrigue set in nineteenth-century England." Virge B., Proofreader, Red Adept Editing

"Two old lovers embark on an investigation that is brimming with danger and intrigue. Their simmering, suspenseful tale is one that fans of Regency romance dare not miss." Angela M., Copy Editor, Red Adept Editing

"After ten years apart, former lovers Lord Grayson Child and Lady Isadora Descartes work together to solve a high-stakes mystery (and) secrets from their past. Is it wise to rekindle their romance, or will the search for love be their undoing? The attention to detail in both setting and characters brings the story to life. Fans of Regency romance are sure to enjoy uncovering The Secrets of Lord Grayson Child." Brittany M., Proofreader, Red Adept Editing